The British Columbia government has granted environmental approval for a proposed $5.3-billion mine in the province's north, which would tap into one of the largest gold and copper deposits in the world and has already received support from local First Nations.

Seabridge has applied to open the project more than 900 kilometres northwest of Vancouver, where the company says it would be able to mine 38.2 million ounces of gold and almost 5 billion kilograms of copper – enough to produce 130,000 tonnes of ore per day for up to 52 years.

The company says the project would create 1,800 jobs during construction and more than 1,000 permanent jobs if it gets up and running, though Seabridge also notes it still must find a partner to fund and actually build the mine.

B.C. Mines Minister Bill Bennett said the project would be a boon to the province's economy and First Nations in the region.

"This will be a major employer, not just for the northwest but for all of B.C. and it will pump a lot of money into our economy," Mr. Bennett said in an interview Wednesday.

"These are high-paying jobs. They're family-supporting jobs."

Mr. Bennett said the company made a series of changes to its proposal in an effort to mitigate the potential impact on the environment and surrounding First Nations, such as locating its production and tailings facilities 23 kilometres away from the mine in a less sensitive area. A tunnel would connect the two sites.

The mine would sit on the traditional territory of the Nisga'a Nation, which signed an agreement with Seabridge earlier this year that includes financial payments, a share of the mine's net profit and commitments to train and employ members of the band.

The company has also signed an agreement with the nearby Gitanyow First Nation to fund programs to monitor wildlife, fish and water quality in response to that community's concerns.

The Gitxsan First Nation has also come out in support of the project, and the company says it hopes to sign an agreement with the Tahltan First Nation soon.

"We're going into land that they've inhabited for generations, and we need to make sure that we're a responsible neighbour," Seabridge's CEO, Rudi Fronk, said in an interview.

"There will be a lot of opportunities for the local aboriginal people. ... Getting them on side is the only way to get a project through the approval process."

The federal government has conducted its own review, with a decision expected in the fall. The Canadian Environmental Assessment Agency has already concluded the KSM mine would likely have no significant adverse environmental effects.

But even if Ottawa gives the project its blessing, Fronk said Seabridge still must secure a mining company with the money and expertise to build what would be one of the largest mines ever built in Canada.

"Obviously, we have high expectations for this project, but until we get a partner in that's willing to fund most of the capital and build the mine, the project is not a go yet," he said.

"We need that partner in place to make that construction and production decision. We're not going to make it on our own."

Fronk declined to reveal the names of potential partners, but he said Seabridge is in talks with several companies.

"Going through the environmental assessment and getting approval helps in those discussions," he said. 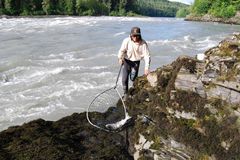 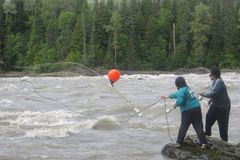 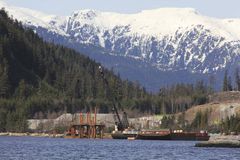