B.C. Finance Minister Carole James is tapping into budget reserves to keep this year's books in the black.

While the province's economy is performing better than expected – bringing in higher revenues from property sales tax, sales tax and royalties – those gains have been more than wiped out by a cumulative $900-million hit to the balance sheet from record-breaking wildfire costs, rising vehicle-insurance claims and weaker income-tax revenues.

By reducing the size of the budget's "forecast allowance" – a portion of the revenue cushion – by $200-million halfway through the fiscal year, B.C. is still expected to post a surplus, but Ms. James is betting that no other major setbacks are on the horizon.

"All of the projections show B.C.'s growth continuing, and I will bring forward a balanced budget," Ms. James told reporters during a fiscal update briefing. The surplus is now forecast to be $190-million on the $52-billion budget.

The Finance Minister said there is still a healthy revenue cushion – including a $600-million contingency fund – and the biggest surprises are already out of the box: The two largest shifts in the budget include the readjustment of 2016 income taxes from Ottawa, and the bulk of costs for battling this summer's wildfires.

The Finance Ministry is now preparing for February's budget, which will be the first full spending plan under the NDP minority government. Although the economic indicators suggest B.C. will still enjoy a healthy pace of growth in the coming year, Ms. James is expected to deliver costly new initiatives that were promised in her party's election platform, including a $10-a-day child-care program, the elimination of Medical Service Plan premiums and the introduction of a $400 annual subsidy for renters.Although the details are still being worked out, Ms. James said she is confident she can deliver on those changes – over time.

"I am optimistic and there are a few reasons," Ms. James told reporters on Tuesday. "A number of our promises and commitments are longer term … child care for example is a 10-year commitment. Certainly, we hope the resources and the growth in the economy will continue and that in fact we will see stronger growth."

The biggest unknown right now is whether the province will continue with construction of the $10-billion Site C dam.

This week, the NDP cabinet is meeting daily to wrestle with the question, and Ms. James was coy about the calculations her ministry will lay out for the cabinet about the impact that decision may have on the province's finances. If the government elects to cancel the project, it will be effectively burning $4-billion – the money already spent on construction, plus the cost of remediating the site. The project is already over budget and behind schedule, and carrying on could mean a debt load that could threaten the province's triple-A credit rating.

"Whichever decision we make will have an impact on debt," Mr. James said. "That will be part of the discussions."

In the meantime, Ms. James said she intends to deliver balanced budgets, although she added that she's content to post surpluses that are close to the line.

The previous fiscal year, under the former BC Liberal government, ended with a surplus of $2.7-billion.

"Having a large surplus when children are going to bed hungry, when housing is such a crisis, when income assistance had not seen a rate increase in 10 years – it's not good fiscal management," Ms. James said.

Economist Jock Finlayson of the Business Council of B.C. said the Finance Minister is keeping appropriate levels of prudence in this budget. But he is hoping she will reconsider plans that call for smaller revenue cushions in the coming years.

"The real question is around the following two years – and the extent to which the provincial economy experiences slower growth," he said.

The Finance Ministry expects the economy to grow by roughly 2 per cent in each of the following years, a forecast Mr. Finlayson described as conservative. 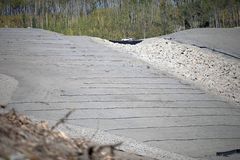 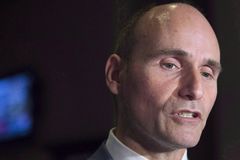 On Hydro, B.C. Premier John Horgan borrows a trick from the Liberal repertoire