Premier Christy Clark has been closeted in her Vancouver cabinet offices, meeting one-on-one with the 49 members of her new caucus while she assembles a cabinet.

Ms. Clark has a host of star recruits to set the tone for the government that she now owns. Roughly half the members of her caucus are elected for the first time – and Ms. Clark's renewal of the party will be reflected in the new blood in her cabinet.

The election left her with three vacancies in cabinet: Pat Bell, Ida Chong and Margaret MacDiarmid are gone. After the official election results are declared on June 5, Ms. Clark will unveil the new lineup.

Stalwarts such as Rich Coleman, Bill Bennett and Shirley Bond can expect to remain on the front bench. Ms. Clark's recruits, including Michelle Stilwell, Mike Bernier, Andrew Wilkinson, Peter Fassbender and Teresa Wat, will be among the rookies under consideration.

In the preliminary count released by Elections BC on Wednesday, the Liberals had 49 seats, the NDP had 34, with one Green and one Independent MLA. One of those NDP seats is subject to a judicial recount.

Because Ms. Clark lost her Vancouver-Point Grey seat in the election, she is also working on the more pressing challenge, determining which of her MLAs will step aside so that she can launch a by-election to claim a seat in the legislature. Ms. Clark will likely to want to run in a riding where the B.C. Liberal support was high – the New Democrats are promising to run a candidate and "a credible, serious campaign" against her.

Only then will she recall the legislature this summer to table a budget and sketch out what she hopes to achieve with her new government.

The Premier took office two years ago after winning the B.C. Liberal leadership with the backing of just one member of the caucus she inherited from Gordon Campbell.

"For the first time in two years, this is now her government. She has the opportunity now to really put her stamp on government," said Norman Ruff, political science professor emeritus at the University of Victoria.

Mr. Ruff noted that the B.C. Liberals did produce a detailed election platform that garnered scant attention, because few expected Ms. Clark's party to hold onto government. "There is a template there."

The 94-page platform, for example, included plans to seek a 10-year contract with public-sector teachers – yet the teachers' union appeared to be caught off guard by the new marching orders at the bargaining table last week.

That means education minister will be a key position in Ms. Clark's cabinet. Pursuing the creation of a liquefied natural gas industry will also be a top priority. Ms. Clark talked about almost nothing but jobs and the economy, and ministries related to economic development – forests, mining, and energy – are likely to have the most clout in her government.

The platform document offers some other clues of what the Premier's transition plan will hold. The Liberals promised to launch a "core review" process across government "to ensure the best possible use of government resources." The platform also includes a commitment to full disclosure of the money spent on operations of the legislative assembly itself, with annual audits made public every June.

Final vote count this week may overturn some B.C. election results
May 27, 2013 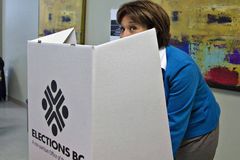 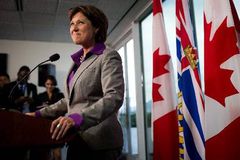 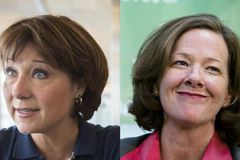