British Columbia Premier Christy Clark is challenging the United States to return sacred artifacts and ancestral remains belonging to the province's First Nations, vowing to put B.C.'s weight behind repatriation efforts that often pit small aboriginal communities against some of the most prestigious museums and collections around the world.

"There's no excuse, they belong here … It is time for those institutions that have taken them away to give them back," she said as she marked National Aboriginal Day in Victoria, surrounded by artifacts including a cedar dugout canoe, ceremonial drums and masks, and ancient totem poles that fill the Royal BC Museum's Totem Hall.

In a letter sent on Tuesday, Ms. Clark asked U.S. President Barack Obama to support her initiative, noting that the Native American Graves Protection and Repatriation Act in the United States already requires that items be returned if requested by their owners within the United States.

"If it is right to return culturally and spiritually sensitive items to those living in the United States, it is right to also return such items to Canada's First Nations and aboriginal peoples," she wrote. "It is the moral thing to do."

Grand Chief Edward John of the First Nations Summit applauded the Premier's commitment. In an interview, he said it can be disturbing to visit a museum where First Nations' ceremonial treasures are on display.

"These are not simply objects," he said, pointing to a Coastal First Nations' drum inside a glass case.

Items used for ceremonial purposes are believed by members of First Nations communities to be imbued with living spirits that are not meant to be locked up in a faraway museum.

"Sometimes, you feel a sense of sorrow and the best you can do is offer a prayer in our ways," Mr. John added.

But now, he said, B.C. is on the leading edge of a global movement to recognize the cultural claims of indigenous peoples.

Since first contact with Europeans, grave goods, ceremonial regalia and shamanic materials of B.C. First Nations have been whisked away by grave robbers and collectors, who argued they were preserving relics from cultures thought to be on the brink of extinction. Museums from New York to Prague display such items, although there have been instances where artifacts have been returned from collections around the globe.

Shane Gottfriedson, regional chief of the B.C. Assembly of First Nations, said the return of ancestral remains is an important part of Canada's reconciliation efforts.

"Our ancestors have lain in these boxes in storage – they cry. This is a way in which we can wipe those tears away," he said. "On this day, my spirits have been lifted."

The first step will be to begin compiling an international catalogue of B.C. aboriginal artifacts. Ms. Clark said First Nations will take the lead in identifying which items they wish to see returned. "And we as a government will support them in that."

Behind the speakers at the announcement was a towering Haida house post, the very first item catalogued by the Royal BC Museum when it was established in 1886. Today, the museum houses hundreds of thousands of items that came from First Nations communities across the province. Hundreds of items have been repatriated as part of treaty settlements, but the institution's chief executive officer, Jack Lohman, said the museum – and others like it – must make greater efforts at ensuring that items are not kept without consent.

He said the museum welcomes the Premier's announcement. "We absolutely endorse your desire for the Royal BC Museum to be pro-active in identifying, approaching and engaging First Nations who require the unconditional return of material important to them."

Prof. Lohman said the museum can play a role with its expertise in repatriation and he hopes the goodwill the institution has developed with other museums around the globe can help facilitate the return of desired items. He added that the museum is offering temporary housing for any items that are returned if a First Nations community is not yet prepared to receive them. 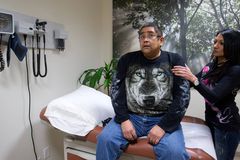 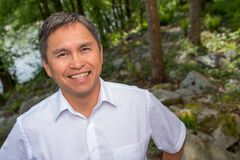