The director of the Vancouver International Film Festival says the show will go on despite the closing of the festival's main hub – the Empire Theatres Granville 7 cinema – but the festival may have to operate on a reduced scale, with fewer films, and possibly a shorter schedule.

"The festival will go on; we're not going to close our doors," said Alan Franey on Tuesday. "But the future of the festival and its viability in the downtown core … is constantly a concern."

The multiplex, built in the 1980s, has 2,406 seats spread over seven theatres, perfectly sized for film-festival fare. It has been the home to VIFF for 11 years, playing host to the majority of the festival's 600-plus screenings over 15 days in the fall.

"When you have that really lovely centre of gravity and the dynamism around that, it makes it a pretty appealing event," said Mr. Franey. "Whether we can find some magical way to create that energy, I have my doubts about that given available venues, so that's a real loss."

Further, there will be an economic impact: Mr. Franey says the Empire chain has appreciated that VIFF is a "struggling non-profit" and that "every dollar and cent matters." He says the festival may need to reinvent itself given its new circumstances.

Mr. Franey got the news on Saturday morning, with the festival in full swing, that the theatre complex would close in November. He wasn't surprised – it's something the company had been talking about with the festival for a couple of years. They had an arrangement: Empire would commit in June, as the festival was finalizing its budget and its plans, to continuing to operate the following fall, during festival season. But Mr. Franey was aware that eventually the Granville 7 would close, and he was preparing for that.

"I've been thinking about concrete alternatives for the last couple of years and had conversations with other people about viable alternatives," said Mr. Franey. "The problem is there's been a number of rude shocks along that line: I never expected to hear that the Denman was closing. When I heard that the Hollywood was closing, that was a big shock."

He lists other theatres he had in mind as backups: The Ridge, Oakridge. "They're all gone," he said. "It's not a pretty situation."

Mr. Franey has already spoken with operators of other theatres – including The Rio and Cineplex Odeon International Village Cinemas (formerly Tinseltown). He is also thinking about SFU Woodward's and the Vancouver Playhouse – although he has not yet spoken with the operators of either venue. The Scotiabank Theatre, also operated by Cineplex Odeon, would be ideal, with its downtown location, state of the art theatres and multiplex format. But Mr. Franey says securing that venue would be highly unlikely. "They need those theatres for the commercial run, and it's just going to be out of our price range."

Other downtown locations are too large for anything other than gala presentations, including The Vogue (about 1,100 seats) and the Centre in Vancouver for Performing Arts (just over 1,800 seats).

Other available venues are much too small. "What we're missing is those middle-size theatres," said Mr. Franey, who lists a number of past homes of VIFF that are no longer operating, including the Caprice and the Paradise. "There are not enough screens in the downtown of Vancouver, any way you cut it."

For this TV actress, her film at VIFF serves as sanctuary
September 28, 2012 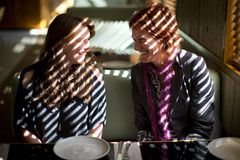 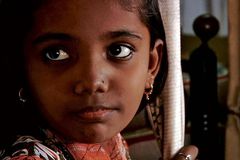 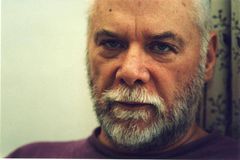