Doug Geller has 27 years of experience as a hydrogeologist and is frequently invited to speak at professional conferences on the topic of groundwater.

Bryer Manwell was part of a core team that assessed the groundwater resources of the Okanagan Basin for the regional water district.

The three hydrogeologists run Western Water Associates Ltd., an environmental consulting firm in Vernon, B.C. They understand how important groundwater is, how easy it is to pollute, and what needs to be done to protect it.

All of which means the open letter they recently sent to the provincial government should make officials sit up and take notice.

The trio wrote after attending a public meeting in the North Okanagan, where officials from several ministries sought to assure residents of the Hullcar Valley that adequate steps were being taken to deal with nitrate pollution of the local aquifer.

Two years ago, the Interior Health Authority issued a water-quality advisory for the aquifer after tests showed nitrate levels were unsafe. About 150 residents are supplied water from the aquifer by the Steele Springs Waterworks District, near Armstrong, B.C.

The government has come under fire from residents because a dairy farm, initially identified by the province as the most likely source of nitrate pollution, has been allowed under a compliance order to continue spreading thousands of gallons of liquid manure on fields above the aquifer.

Demands by valley residents for an order stopping the spreading of manure have not been acted on because the government says it needs more time to pinpoint sources.

"We are dismayed at both the response by the Ministries of Health, Environment and Agriculture to date, and with their proposed plans," the three hydrogeologists write. "These plans call for a year-long study; however, this study, in and of itself will do nothing to alleviate the contamination of a drinking water source in the near-term."

Mr. Geller, Mr. Rhodes and Ms. Manwell reviewed the government's reports and data on the Hullcar Aquifer and concluded that "it is our professional opinion that effluent spreading on the field of concern by Jansen and Sons Farms Ltd. is extremely likely, if not certainly, the source of most of the nitrate contamination in Steele Springs."

The government has said there are possibly multiple sources for the pollution, including seepage from septic tanks and nitrates coming from other farms in the area.

The Jansen family has not responded to media calls, but is operating within provincial regulations, is not the only farm near the aquifer, and clearly does not feel it should shoulder all the blame for the pollution.

But the hydrogeologists say they have little doubt that the main source is the Jansen farm, and the government should halt the spreading of manure while its investigations proceed.

"We do not believe public health and protection of the environment is being held paramount in government's handling of this issue," they write. "This contamination poses a clear risk to public health."

In a recent letter to the citizens' group Save Hullcar Aquifer Team, Interior Health expressed confidence in the government's multi-agency action plan.

Kamran Golmohammadi, the medical health officer, states the goals are to provide safe drinking water, to build public trust, to ensure "sustainable economic development for the local agrifood sector" and to determine "as scientifically accurately as possible the sources of nitrates in the Hullcar Aquifer."

Dr. Golmohammadi says if studies point to a specific pollution source, the government will take action, and he urges patience, saying: "To achieve these goals, the inter-ministry working group needs time."

Residents of Hullcar Valley, however, who have had foul water coming out of their taps for two years already, are fed up. They say government should put public health and protection of the environment ahead of the commercial interests of agribusiness. Now professional hydrogeologists are saying the same thing, meaning not just drinking water is at stake in the Hullcar Valley anymore – it is the credibility of the government too. 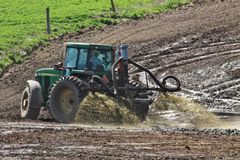 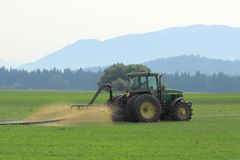