The debate over the closing of B.C.'s last salmon-canning operation shifted to Ottawa this month, where a federal committee heard sharply differing opinions on the issue.

While the union representing plant workers decried changes at the Oceanside Cannery in Prince Rupert and called for new policies in response, the plant's owner maintained relatively few jobs would be affected and that no policy changes are required.

The committee also heard consumer tastes are shifting to fresh and frozen fish over the canned product that was once a mainstay on the B.C. coast.

"Maintaining a large plant with many canning lines for limited production was not viable," Rob Morley, vice-president of Canadian Fishing Co., told the standing committee on fisheries and oceans earlier this month.

Globally, canned salmon production has been declining by about 1 per cent a year for several decades and eight other B.C. canneries have closed over the past 15 years, he added.

"World demand for canned salmon can be satisfied from Alaskan canneries, including ours, which are more productive, with a more consistent supply of salmon available and unit labour costs per case significantly lower than those in Prince Rupert," Mr. Morley told the committee.

Canfisco – a division of privately held Jim Pattison Group – last fall announced it would close canning lines at Prince Rupert's Oceanside Cannery, which had been the last large commercial cannery in British Columbia.

Since then, the United Fisherman and Allied Workers' Union, which represents workers at the plant, has been speaking out against the closing, saying it would result in the loss of hundreds of jobs. The plant is still handling some fish but is not producing any canned product.

The union asked the standing committee to review the closure and to consider policies such as adjacency – which requires fish caught in a region to be processed nearby – as well as "owner-operator" and "fleet separation" requirements similar to ones in place for Atlantic fisheries.

An owner-operator provision requires the person holding a licence to be on the boat that uses it, while fleet separation restricts processing companies – such as Canfisco – from holding fishing licences.

The committee heard from witnesses over two days of meetings earlier this month.

"Over the years, as DFO policies have changed, I have seen the reduction of the fleet to the point that it is so small it is hard to recognize there is a real fishing fleet here in Prince Rupert and on the north coast," Mr. Nagy said.

Mr. Nagy blamed "monopolization" of the fishing fleet for the decline.

And while there have been estimates of up to 500 workers losing their jobs as a result of the cannery shutdown, the actual number of workers affected is likely to be lower, Mr. Morley said, adding that canning operations have not operated at full capacity for years.

"We cannot know for certain, because it depends on unpredictable fish landings; nonetheless, we expect there to be well over 200 workers in our operations this summer," he said.

In an interview Friday, Mr. Morley said Canfisco's labour costs per case of canned salmon – taking into account wages and other "productivity" factors – at its Alaskan plant are about one-third of costs in Prince Rupert.

NDP member of Parliament Fin Donnelly, who is on the fisheries committee, on Friday said the NDP plans to submit a report based on the recent meetings to federal Fisheries Minister Dominic LeBlanc. 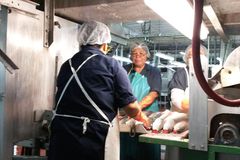 More revelations expected after disease found in farmed salmon
May 22, 2016 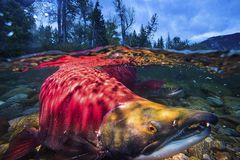 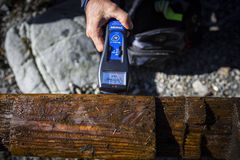