"Several people have kayaked it over [a section at a time] over several years. But no one has ever done this under human power in a single season. Not even close," said Mr. Vallely, Wednesday.

The North Vancouver architect is heading up a team that plans to row about 3,000 kilometres, from Inuvik to Pond Inlet, this summer.

The key sponsor for the expedition is Mainstream Renewable Power, an international solar and wind power company with offices in Canada, that hopes to draw attention to what's happening in the Arctic because of global warming.

"The expedition can only happen because the polar ice caps are melting at an alarming rate," Eddie O'Connor, chief executive of Mainstream Renewable Power, says on the company website.

The four rowers, all of whom live in Metro Vancouver, expect to make the crossing in a seven-metre, specially built rowboat in about 75 days – dealing with ice, storms, internal team conflicts and polar bears along the way.

"We are prepared. We have guns," said Mr. Vallely, talking about possible encounters with polar bears. "But we'll have rubber bullets and bear bangers … we don't want to kill a bear."

The team members (Paul Gleeson, a self-employed personal adviser, Frank Wolf, a filmmaker and Dennis Barnett, who works in the shipping industry) have been training for the epic journey, but not too much.

Mr. Vallely, who has done numerous wilderness treks over the past 20 years, said if your physical conditioning is just right, body fitness peaks during a long journey and then slowly deteriorates.

"Obviously you have to train enough that you don't get injured [by the exertion of the expedition]. But you don't want to train too much, because if you go into it Tour de France fit, in a couple of weeks you would be fried," he said. "So you go into it fit, but not crazy fit, and you build up and you get really strong about half-way through. And then you slowly start to fall apart. By the end you want to be tired, happy to be done, but not completely baked."

Mr. Vallely said three of the four members are experienced in long-distance wilderness travel and know what to expect.

Among his many adventures, Mr. Vallely has skied Alaska's 1,860-kilometre Iditarod Trail and set a world record for the fastest unsupported trek to the South Pole.

Mr. Gleeson spent 85 days rowing across the Atlantic, in 2005 and Mr. Wolf has retraced the Nome gold rush route, cycling more than 2,000 km through Alaska and the Yukon.

Only Mr. Barnett hasn't done a major expedition. But Mr. Vallely has given him some helpful advice: "Really the trick is not to get too burned up … you are going to get pissed off for no reason, at the way someone brushes their teeth, or something. You've just got to realize that's the way it is and try to laugh about it and have fun."

The trip is called the Last First expedition, because the team sees it as the last great challenge in the Northwest Passage, and the group hopes to be the first to do it under human power.

Mr. Vallely said there will be an official sendoff in Vancouver on June 18, then the group will tow the boat to Inuvik for a July 1 launch.

"I bet we could be stopped for a week at a time because of ice. But we are not going to be stupid. We're just going to wait and enjoy it … just explore and photograph," said Mr. Vallely. "It's going to be amazing." 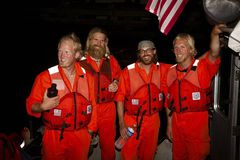 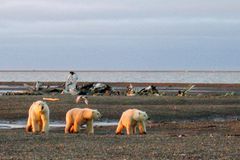 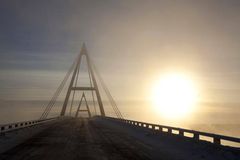