The erudite, 62-year-old raconteur, who has a history degree and a graduate degree in museum studies, is Victoria's foremost purveyor of anecdotes about apparitions.

October is a busy month for one whose livelihood depends on interest in the spooky.

Each night this past week, his company, Discover the Past, has held four walking tours of ghostly haunts in downtown Victoria, including Chinatown and the old red-light district, the Legislature and Bastion Square, the site of gallows in colonial days. There are lectures to deliver and ghost dinners to put on, not to mention the responsibilities of conducting a nightly Ghost Bus-tour, a trademarked name that is a play on ghostbuster.

"Everyone," Mr. Adams said, "seems to want a ghost story at this time of year."

The province's capital city is said to have no shortage of spectral presences.

One of his favourite ghosts can be found at the Bard and Banker, a pub on Government Street, which once housed a bank. The tellers used to live on the second floor, from where it has been said can be seen the ghostly presence of Robert Service, the Bard of the Yukon, who once worked and lived in the building.

To hear Mr. Adams tell it, you can hardly enter a historic building in the city without encountering some unsettled spirit of the past. The city's jail, cemetery and Catholic cathedral are all said to have ghosts. (Apparently, though, there is no phantom at the opera house.)

Francis Rattenbury, the province's most famous architect, is said to haunt three of his own buildings – the Legislature, the Empress Hotel and his private home on Beach Drive, now occupied by a private school. Rattenbury was bludgeoned to death with a croquet mallet wielding by his young chauffeur, who was having an affair with the architect's wife. The murder happened in England, where Rattenbury is buried, so it must be a long commute for his ghost.

The city's best-known spirit is said be found on the No. 7 hole of the seaside Victoria Golf Club. Over the years, there have been reports of a woman in a white gown (or period clothes) running along the fairway, or swooping into the sky, or even passing through moving vehicles on a nearby roadway. The spectre is said to be that of Doris Gravlin, a young woman beaten and strangled to death whose barefoot body was found on the waterfront rocks. Weeks later, the body of her estranged husband washed up on shore, the murder weapon – a rope – and her shoes in his pockets. He had been a sports reporter, so perfidy on his part is no stretch. The 1936 murder shocked a genteel city.

"Any school child in Victoria will at some point hear about Doris," Mr. Adams said, "and at some point they will head down there at night to see her. It's almost a rite of passage."

These days, she is sometimes referred to as the April Ghost, as she is said to appear only in that month, announcing her presence by ringing a bell on the course.

The storyteller is having none of it.

"Those are all myths," he said, dismissively. "She's there all the time."

Mr. Adams was born in St. Thomas, where his father worked for an insurance company. The southwestern Ontario city is where Jumbo, the circus elephant, died more than a century ago after being struck by a locomotive. An autopsy discovered in the pachyderm's stomach a quantity of pebbles and gravel, as well as nails, rivets, screws, keys, bits of wire, copper pennies and a policeman's whistle. While the coins were sold as souvenirs, other items wound up on display at the Elgin County Museum, the oddities and the beast's tragic story fuelling a boy's interest in the historical.

The family moved to Victoria in 1960, renting a house on Dallas Road from which they looked out onto Juan de Fuca Strait. They barely noticed the adjacent street's name – Memorial Crescent – and the adjoining acreage known as Ross Bay Cemetery. The beach and consecrated ground alike became a playground for young John.

He went on to enjoy a distinguished quarter-century career as a civil servant. He has also authored two books.

On Sunday, he could be found taking part in the annual ghost tour of Ross Bay, a popular Halloween tradition run by the Old Cemeteries Society, a group he helped found.

For Mr. Adams, a cemetery is a garden of unearthly delights.

Over the years, he has collected a tremendous repertoire of ghost stories, which he recounts with the entertaining aplomb of a practised historian. To hear him tell it, even his own century-old home in James Bay is haunted by the ghost of a Chinese servant named Lum, a helpful presence in finding lost objects in the household.

Does he really, truly believe in ghosts?

"There are some things we can't explain," he said.

Maybe that's why the province was known as supernatural British Columbia.

I will say this: After 9 p.m. on a weeknight, downtown Victoria is a ghost town.

A writer haunting a pub? Happens all the time. 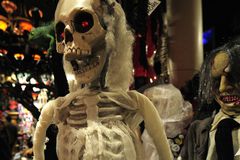 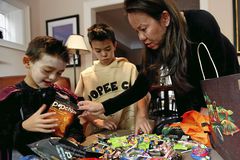 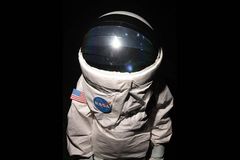