In the bitter strike by B.C. public school teachers, government leaders have stressed that 150,000 public servants have already settled contracts under the provincial bargaining framework. What they don't mention is that the pig in the python hasn't passed – the most expensive public sector labour talks have yet to come.

The government has rejected binding arbitration as a way to break the impasse that has shut B.C. schools, insisting that teachers must accept the same settlement "zone" as everyone else in the public sector.

However, teachers are not alone: Nurses, doctors, postsecondary educators and workers at major Crown corporations including B.C. Hydro and the Insurance Corp. of B.C. are some of the public-sector workers who have not yet accepted the government's standard offer of 5.5-per-cent wage increases over five years.

The public sector contracts that are still up in the air represent half of the workers, but they include some of the most expensive contracts, accounting for two-thirds of the government's $21-billion wage bill this year.

That creates significant uncertainty for a B.C. budget that remains balanced on a razor's edge, and helps explain the government's rigid offer to the B.C. Teachers' Federation. If teachers break the pattern, government negotiators fear they will be unable to convince other unions that they still should accept the standard offer.

This week, labour leaders insisted that a settlement with the province's 40,000 public school teachers will not serve as a blueprint for the rest of the public sector. Each union will have its own issues and objectives, they noted.

In the last round of bargaining, the BC Nurses' Union (BCNU) negotiated wage increases even when the rest of the public sector accepted a wage freeze, because the government accepted that a shortage of nurses warranted a wage hike that was classed as a "labour market adjustment."

Even with those wage hikes, the nurses' union says there are still hundreds of vacancies in B.C. hospitals – a situation that does not exist with public school teachers.

Gayle Duteil, president of the BCNU, would not say whether her members would accept the government's standard offer. "We are so far away from discussing money at our bargaining table," she said in an interview. "It is very premature."

Ms. Duteil said the teachers' settlement is not relevant at her bargaining table. But if any union is going to argue that higher wages are needed to address a skills shortage, it will be hers.

"We have a lot of work to do," she said. "There are lots of issues with recruitment and retention, staff shortages across the province. It is routine for nurses to work five days of 12-hour shifts in a row with one day off."

Finance Minister Mike de Jong this week presented his updated budget numbers, and stressed that there is little room for deviation from the pattern of settlements. There is a total of $300-million in the budget for contingencies and that would have to cover the entire public sector plus other unforeseen needs.

However, there is a way that the government could frame a wage improvement for teachers without automatically triggering a cascade of increased expectations from other unions.

The government's own data suggest that teachers have fallen 2 per cent behind comparable public-sector workers – civil servants, nurses and college faculty – in wages over the past decade. That information could be used to justify a variance to the pattern as a one-time measure to help teachers catch up. Like the nurses' labour market adjustment, it would need to be carefully packaged to avoid whipsawing by other unions.

Education Minister Peter Fassbender, in an interview Thursday, suggested that is something that should be discussed at the bargaining table – if negotiations resume. "We want teachers to have fair and reasonable increases. There is still the potential for give-and-take," he said. 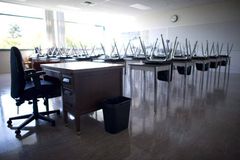 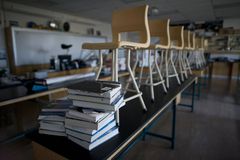 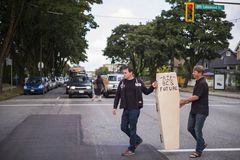 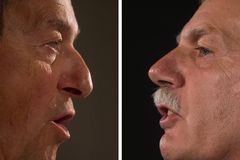 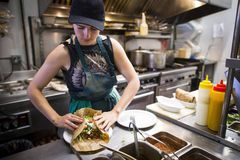 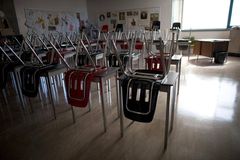