Each year in British Columbia about 16,000 hectares of forest are sprayed with a herbicide that contains glyphosate. It is one of the most popular weed killers in the world, according to the manufacturer, Monsanto.

But using it in B.C.'s forests appears to be a mistake on several levels, and increasingly the practice is under attack.

The herbicide has a low toxicity, but it is lethal to broadleaf plants. It is one of those amazing chemicals that is able to kill some plants, without harming others.

And that has made it popular in B.C.'s backwoods, where for 30 years the forest industry has been using it to knock down plants such as aspens and poplars, which flourish in clear cuts the way weeds do in gardens. Glyphosate eliminates the broadleaf plants, leaving the conifers unaffected.

There are concerns, however, about the collateral damage caused by the herbicide, which is usually applied by spraying from the air.

In recent years, there have been growing concerns about the possible impact of glyphosate on frogs and other animals.

In 2008, a B.C. Ministry of Environment report concluded that glyphosate is "potentially highly toxic for many amphibian species."

In 2009, the Forest Practices Board noted in a report that glyphosate has been sprayed into wetlands, causing possible damage to amphibians, "however, the level of risk has not been fully assessed."

Despite the concerns raised by those two reports, there haven't been any follow up studies.

Although the impact on amphibians might not be clear, James Steidle, an artist and environmental activist, says he has seen just how destructive glyphosate is.

Mr. Steidle, who grew up on a ranch in the Punchaw area southwest of Prince George, said after an area has been sprayed, all the broad leafed plants die.

"They do it to kill the poplar and aspen, but you see large blocks of dead shrubs … it kills the blueberry bushes … it kills a lot of flowering species that bees depend on … you see large areas of decimated forage and a reduction of food for deer or moose," he said.

Mr. Steidle, who has founded Stop the Spray BC to fight for a ban on the practice, said it is arrogant of people to think all the plants being eradicated don't have an important function in the ecosystem.

"They should just stop spraying. Let the birch and aspen grow. Why do we have to kill all those things?" he asked.

The reason giving for spraying is to remove plants thought to be choking out valuable conifers.

But Suzanne Simard, a Forest Science professor at the University of B.C., says the practice is misguided. Her research has found that conifer forests don't do better when the broadleaf plants are killed off.

The assumption was that spraying boosted the growth of conifers, because the competing plants were killed off.

But in the three decades the practice has been going on, there has been little effort made to confirm the results.

Now, Prof. Simard is studying just that, and finding that nature turns out to be more complicated than a lot of people thought.

"I was looking at it to see whether or not applying these herbicides actually achieved the goals the foresters were setting out to achieve … which was to improve the growth of crop conifers. And I found that, generally, it's not that effective," she said.

"It's kind of like if you weed your garden the carrots will grow bigger. That's the idea. But we found … it is really hard to detect any increase in [conifer]growth. … So they are spraying and getting rid of these broadleafs and not achieving the goals they are out to achieve," Prof. Simard said.

Glyphosate has been used without question until now because it was thought to be good for the forest.

Now it turns out that it doesn't help the conifers grow – which means the frogs, bees and other forest species are being put at risk needlessly. 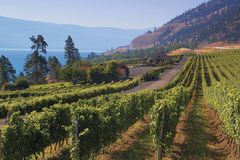 China edges out U.S. as B.C.’s top lumber market
July 17, 2011
A critic's guide to South Okanagan wineries
July 12, 2011
Follow Mark Hume on Twitter @markhumeglobe
Report an error Editorial code of conduct
Due to technical reasons, we have temporarily removed commenting from our articles. We hope to have this fixed soon. Thank you for your patience. If you are looking to give feedback on our new site, please send it along to feedback@globeandmail.com. If you want to write a letter to the editor, please forward to letters@globeandmail.com.
Comments