I'm not much of a call to action guy. Sure, I complain a lot, but I have little or no expectation that anyone will take notice, let alone alter their behaviour based on my whining.

But this week my quiet, personal campaign against people who still talk on the phone and text while driving got a major boost from German filmmaker Werner Herzog.

By now, you may have heard about his short documentary, From One Second To The Next. The 34-minute film is part of AT&T's "It Can Wait" campaign, aimed at getting people to stop texting while they drive. If you haven't seen it, you need to. If you know someone who texts or talks while they drive, they need to see it.

It's a heart-wrenching examination of the consequences of texting and driving from several points of view: the victims, their families, police and the texting drivers themselves.

It's been more than three and half years since the cellphone ban went into effect in B.C. under the umbrella of "distracted driving." So far, there's little hard evidence the ban has had any real impact. Sure, police will talk about the number of tickets they've handed out, and the number of road-checks they've set up. There are well-publicized blitzes. Victoria's chief of police wants the province to double the current fines and give police the power to seize the phones of offenders, but so far no action has been taken.

Insurance Corporation of British Columbia (ICBC) has produced a steady stream of safety messages and public awareness campaigns, and yet distracted driving remains the third-leading cause of fatal motor-vehicle accidents in the province.

When I look around during my daily commute, the person yakking on the phone while turning left or texting in their lap in the lane next to me doesn't seem to care about the risk of getting caught or the possible penalties. They certainly aren't thinking about the potentially fatal consequences. They just need to let the world know what they're l-o-l-ing about right now.

What's needed beyond the official efforts is a sustained campaign by all of us to shame these people. They need to know that what they're doing is the behind-the-wheel equivalent of swinging an axe around in a shopping mall – somebody's going to get hurt.

Too often, when I look disapproving at the person texting or talking on the phone while stopped at a red light, I'm the one who feels embarrassed when they finally look up and notice me.

I have occasionally, as a pedestrian, walked over to the driver's window and asked them to put down the phone and reminded them that talking and texting is illegal – even when they're stopped in traffic. But I pick my battles. I'll only say it to people who look like they're not going to step out of the car and punch me.

When I'm driving I'll offer a glare, or a disgusted head-shake, or both, but I doubt it has any impact.

In each case one thing is clear – the offending drivers know they're in the wrong. Very few people will try to defend their actions.

So I propose this: Every time you see someone texting or talking on a cellphone who isn't legally pulled over to the side of the road, if it's safe to do so, say something to them. Be polite, don't get angry, just ask them if the message they're sending or the conversation they're having is more important than the safety of everyone around them.

Don't argue, just let them know and walk away. Pick your battles, don't put yourself in harm's way.

One thing is clear in the Herzog film – nobody wants to be the person who caused the accident, and no one ever expected it to happen to them.

The families of victims may eventually forgive you, but you'll never forgive yourself.

Stephen Quinn is the host of On the Coast on CBC Radio One in Vancouver, 690 AM and 88.1 FM. @cbcstephenquinn

A driving app that allows you to track your teen
February 17, 2012 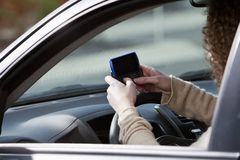 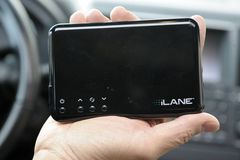