Shortly before he was fired as head of the Agricultural Land Commission, Richard Bullock wrote to the provincial government to complain that the ALC didn't have adequate powers to protect farmland.

Leaked correspondence obtained by The Globe and Mail shows that Mr. Bullock, a passionate defender of B.C.'s agricultural land reserve (ALR), had views that appeared to contradict the government's public position that the ALC had the authority it needed.

"My letter is prompted by two recent events which I believe demonstrate a need for clear, concise and well-defined regulations," Mr. Bullock wrote in an April 22 letter to Derek Sturko, the deputy minister of agriculture.

"I refer to the biosolid processing issue in Lower Nicola and the use of ALR land for carbon sequestration [carbon credits]."

Those two issues embroiled the government in controversy this spring and raised questions about the ability of the ALC to protect farmland.

In an attempt to stop the spreading of thousands of tons of biosolids on farmland in the Lower Nicola Valley, near Merritt, a group of protesters had occupied the constituency office of Premier Christy Clark. The other issue that sparked a flurry of news reports and was raised in the legislature concerned a British-based company that had replanted trees on thousands of hectares of farmland to claim carbon credits.

The government's public position was that the ALC had the authority through its regulations to deal with such land-use issues. But the letter shows that behind the scenes Mr. Bullock was saying the regulations were too vague and easily circumvented.

A few weeks after he wrote to Mr. Sturko expressing those views, Mr. Bullock was fired.

Mr. Letnick said the two events were "absolutely not" connected. He said Mr. Bullock was let go because he was nearing the end of his term and the government wanted to have "a new person with new ideas" in charge.

Mr. Letnick also released a reply from Mr. Sturko to Mr. Bullock, in which the deputy minister says he "was surprised" by the letter of complaint. In his response, Mr. Sturko said regulations on composting were under study, but it would not be advisable "to change one section of the regulation" until it had been considered in a broader regulatory context. On the question of carbon sequestration, he argued the ALC does have the authority to address the issue because it can reject covenants that restrict logging. Without such covenants, reforested land can't qualify for carbon credits.

Lana Popham, agriculture critic for the NDP, said the letter shows Mr. Letnick is out of touch on key issues.

"I think the minister, who has been claiming to have control over this file, has no idea what's going on," she said. "I addressed this [issue] three times in the legislature. First time he denied there was a problem. Then we found out the problem was bigger than anyone expected. The next answer was that the Agricultural Land Commission had the tools to deal with the problem. Now we see by that correspondence that they don't have the tools to deal with the problem. Obviously the government needs to get more serious about this."

Ms. Popham said the Agricultural Land Commission Act needs to be amended to give the ALC more power. On Wednesday she was on a tour of farms and ranches in the Quesnel area.

"You see huge swaths of land [being taken up by the carbon-offset projects]. They are bisecting the community," she said. "The minister needs to come into this community and walk with the residents like I've been doing and get his head around how serious it is." 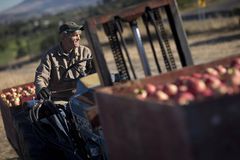 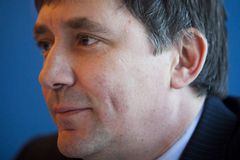