The Okanagan wine producer who is giving up his seat for Premier Christy Clark to run in a by-election hopes the Liberal government sticks to its plan to improve liquor and alcohol laws.

Measures to date include allowing multiplex theatres to serve liquor in adult-only auditoriums, restaurant customers to bring their own wine into licensed establishments, brewers and distillers to operate on-site lounges or tasting rooms, and caterers to get liquor licences.

Ben Stewart, who is ceding his Westside Kelowna seat, is a big fan of the reforms to date and would like to see more. But he says he has so far steered clear of the file that has been directed by deputy premier Rich Coleman.

"If asked, I would help on any file," he said Thursday in an interview.

Ms. Clark is planning to run in Mr. Stewart's riding because she was defeated in the May provincial election in her Vancouver-Point Grey riding. Mr. Stewart won the seat by about 6,000 votes.

The government's plans on the alcohol file will become clearer as Ms. Clark announces her new cabinet on Friday. It remains unclear whether Mr. Coleman will still be in charge. Asked about an interview on Thursday, his department spokesperson suggested speaking to whoever ends up as the minister in charge once the cabinet is announced.

As government services minister, Mr. Stewart said he kept his distance from the file because he ran Quails' Gate Winery and felt it was a conflict-of-interest. Mr. Stewart's family established area vineyards in the 1950s, and Mr. Stewart founded the modern winery operation in 1989. It includes a restaurant and shops. He stepped away from the winery when he was elected to the legislature in 2009.

"The liquor laws need to be modernized so they're easy to understand, easy to enforce compliance and we streamline regulations," Mr. Stewart said. "If we're talking about cutting red tape, that's one area we have a lot of work to do in."

Ian Tostenson, president of the British Columbia Restaurant and Foodservices Association, said he thought the Liberals might do well to replace Mr. Coleman with Mr. Stewart as a troubleshooter on the file.

"Ben would be awesome. He understands the constraints of government and the opportunities for the industry," he said. "Industry will really bow to his experience. Because of his experience in alcohol, he potentially could gather the trust of industry and get consensus."

When Mr. Coleman announced caterers could get liquor licences in February, he explained the liquor-reform philosophy, noting he got started on deregulating liquor when he had responsibility for the file in 2001.

"Back in those days, we used to go into a business and say, 'You can only have so many TVs and this is the biggest size you can have.' We got rid of a lot of those regulations and a bunch of other silly ones," he told reporters during a news conference in the kitchen of a Vancouver caterer.

Mr. Coleman, a prominent cabinet minister throughout a dozen years of Liberal government, said he has recently focused on narrowing regulation to four priorities – service to minors, overconsumption, overcrowding and the illegal sale of liquor.

"We have liquor laws that have been established and pop up that were written 25, 30 years ago. We have gotten rid of a number of those. What we're doing now is making sure we modernize."

The B.C. NDP has been supportive of changes, but critical of Mr. Coleman's approach, suggesting it is too scattershot. During the recent election campaign, the B.C. NDP talked about improving access to markets for B.C.'s craft distillery industry by reducing liquor distribution markups and allowing direct sales to bars, restaurants and on-site.

NDP going all in for by-election where Clark will seek new seat
May 30, 2013 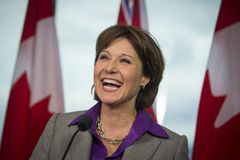 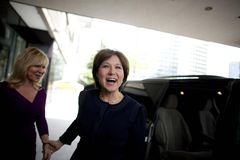 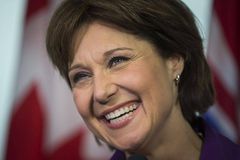