Medical cannabis patients are urging the federal government to make marijuana more affordable by encouraging insurers to cover it and dropping the sales tax once it is legalized.

Earlier this week, 15 patients from across Canada spoke with four members of the government's legalization task force about how medical cannabis helps them with a variety of ailments. They told the panel that the cost of medical marijuana often causes financial hardship, according to event facilitator Hilary Black, founder of Vancouver's oldest dispensary and current director of patient services at the licensed commercial grower Bedrocan.

The event was sponsored by the Arthritis Society, Canadians for Fair Access to Medical Marijuana and the Canadian AIDS Society, and attended by patients from different backgrounds, including a police officer, a veteran, and a woman whose epileptic son uses cannabis, said Ms. Black.

The nine-member task force, led by former justice minister Anne McLellan, must submit its final report next month and so far has met youth and experts in relevant fields such as health care, substance abuse, criminal justice, law enforcement, economics and the legal and illegal production of cannabis.

Related: What's in your weed?

Related: What's not in your weed?

But it hadn't yet talked directly with patients until Tuesday, Ms. Black said.

Those patients overwhelmingly want Ottawa to remove the sales tax on marijuana and to declare it a medicine so insurers are more inclined to offer coverage. Health Canada has not approved marijuana as a medicine.

Before being marketed, any drug must be issued a unique number by Health Canada that identifies its manufacturer, product name, active ingredients, strength, pharmaceutical form and route of administration.

"I don't think it's realistic for a herb that has many active ingredients in it to be able to check the boxes of getting a drug identification number," she said. "We're recommending that they give cannabis its own directorate and find a way to give it its own approval status."

Currently, only veterans, some first responders and a small number of private citizens get their medical marijuana covered by health insurance providers.

Jonathan Zaid, head of the patient advocacy group Canadians for Fair Access to Medical Marijuana, said the cost of cannabis was consistently stressed by patients at Tuesday's roundtable, which included Ms. McLellan.

Mr. Zaid made headlines last year when his private insurer agreed to cover his medical cannabis as part of his health plan, which is administrated by the university's student union. Mr. Zaid suffers from a rare neurological condition that gives him a daily persistent headache.

Before Sun Life Financial Inc. began covering his drug, he was paying about $800 a month for buds bought from Canada's legal mail-order system. Now, with 80 per cent of his drug covered, he spends about $150 to $200 a month.

"It's not the most inexpensive medication [now], but lots of the other medications I was on before are just as much money," he said.

Both Ms. Black and Mr. Zaid said marijuana patients want Ottawa to ensure that they have reliable access to the drug under any new system that governs recreational and medical sales.

Health Canada tweaked its medical marijuana system this summer to allow for personal production in response to a Federal Court ruling earlier this year that a ban on home-grown marijuana violated a patient's Charter right to life, liberty and security of the person and ordered the federal government to make the drug more accessible and affordable.

Under the new regime, which took effect on Aug. 24, patients who consume a gram a day – about the average prescription, according to Health Canada – can expect to be allowed to grow about two plants outdoors or five indoors (the two environments produce different yields). The licensed producers will remain the sole legal source of seeds and plants.

The groups that organized Tuesday's meeting say they want patients to be able to buy their medicine through the mail as well as in person through pharmacies or dispensaries. 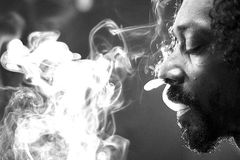