A group of international experts on climate change is urging the federal cabinet to reject a consortium's plans to export liquefied natural gas from Lelu Island, warning that the B.C. project would belch out emissions rivalling a large plant in Alberta's oil sands.

The experts say the proposed terminal in northwestern B.C. will become one of the single largest emitters of greenhouse gases in Canada if allowed.

Approving Pacific NorthWest LNG's proposal to build an $11.4-billion export terminal "would make it virtually impossible for B.C. to meet its GHG emission reduction targets, and would undermine Canada's international climate change commitments," according to a letter to Ottawa signed by more than 90 scientists and climate experts.

The letter argues that GHG emissions from Pacific NorthWest LNG's planned terminal, to be located on Lelu Island in the Port of Prince Rupert, will likely be much higher than amounts forecast by the consortium. The signatories include former NASA scientist James Hansen, Australian climate expert Tim Flannery, American science historian Naomi Oreskes and Canadian scientists David Suzuki, Lynne Quarmby and Danny Harvey.

"A more conservative estimate of methane leakage should have been included in the proponent's impact assessment, and serves to grossly underestimate the total GHG emissions from the project," said the letter sent to Environment Minister Catherine McKenna and copied to Prime Minister Justin Trudeau, Natural Resources Minister Jim Carr and Justice Minister Jody Wilson-Raybould.

Letter from scientists and experts

The consortium, led by Malaysia's state-owned Petronas, has estimated that direct greenhouse gas emissions will be 4.9 million tonnes a year of equivalent carbon dioxide.

Plans call for the terminal to use natural gas turbines in the liquefaction process to super cool natural gas into liquid form. LNG carriers would then transport the commodity to Asia.

Ms. McKenna has said that if the Canadian Environmental Assessment Agency gives the go-ahead to the LNG project, she will ask the federal cabinet to discuss whether to approve the plans.

The regulator began its review in April, 2013. It has turned out to be a lengthy examination, especially in probing the risks to juvenile salmon habitat on Flora Bank, a sandy area located next to Lelu Island.

Supporters of the industrial proposal say that LNG exported to Asia would present a cleaner-burning option to replace coal abroad, though the regulatory agency emphasizes that an analysis of global climate change is outside its scope.

It will be left up to federal ministers to incorporate the impact of GHG emissions into their decision-making process on the Petronas-led venture.

The letter from the scientists and climate experts expresses skepticism about whether LNG would fully become a replacement for coal in Asia: "There are many locations where LNG consumption would be additional to coal consumption, instead of replacing it. Importantly, GHG emissions from fracking, transport, liquefaction and regasification significantly reduce LNG's GHG benefits over coal."

In an interview in late April, Pacific NorthWest LNG director Michael Culbert said he is confident that the export terminal won't ruin the environment. He added he is optimistic that the federal cabinet will see merit in the project's wide-ranging benefits for Canada while respecting the surroundings. "The science will ultimately support the decision," he said. 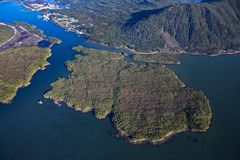 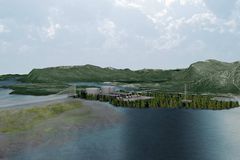