It was an e-mail from a female officer that prompted the investigation of a jailhouse sex scandal at a British Columbia RCMP detachment – an e-mail that was questioned by her supervisor, one of the officers now charged with breach of trust in the case.

A report released Wednesday by the Commission for Public Complaints Against the RCMP details the August 2010 incident in the cells of the detachment in Kamloops, B.C., noting that the female officer overheard a co-worker talking about the explicit sexual activity that had taken place between two female suspects earlier in the shift.

The officer was off for four days, during which it appears the incident continued to be the talk of the detachment but nothing more. When she returned to work, other members were still talking about it and she sent an e-mail to her supervisor expressing concern and suggesting it needed further investigation.

The report by Ian McPhail, the interim chairman of the commission, noted that both women in the cell "were obviously intoxicated," and one of the women told arresting officers she was HIV positive.

During a telephone conversation later in the day, the supervisor, Cpl. Kenneth Brown, "asked Const. Butler if she was joking, and he explained to her that he had been involved and there would likely be an internal investigation."

The next day, Cpl. Brown went to a senior officer in the detachment as a friend to talk about the incident, which led to an investigation. That investigation, conducted by a member of the Kamloops RCMP detachment, led to breach of trust charges against Const. Brown, Const. Evan Elgee, Const. Stephen Zaharia and civilian guard David Tompkins.

"The suitability of the RCMP to investigate itself in criminal matters has been discussed by the Commission to varying degrees in its reports relating to the police-involved shooting of Ian Bush, the police-involved shooting of Kevin St. Arnaud, the death of Robert Dziekanski and in its report Police Investigating Police," the commission report said, referring to several high-profile deaths involving RCMP officers in B.C.

RCMP did not immediately respond to the report.

In February 2010, the force introduced its External Investigation or Review Policy governing investigations of its own members. But despite at least a dozen recommendations that the investigation into this incident be handed over to an external agency, it was conducted by an officer in the Kamloops detachment and one that stated up front that he had a close personal friendship with one of the officers eventually charged.

"The success of any investigation cannot be determined solely on the basis of whether or not criminal charges were laid and convictions obtained; public confidence risks being undermined regardless of a well-done and timely investigation and its criminal outcome, if the public does not trust the process itself," said the commission report.

"Transparency, brought about by consistent documentation and enhanced cohesion in decision-making, is an important element of fostering such trust."

It is clear from the security tape that all four officers and three civilian guards were present in the guard room for some or all of the approximately 10 minutes that the women were engaged in explicit sexual activity, the report noted.

Rather than intervene, the guards and officers called their colleagues to the room to watch, some of them laughing and making crude comments about the activity they were observing in the cell.

"This voyeurism not only offended the spirit of the (closed-circuit monitoring) policy, but was inconsistent with the RCMP's core values. In this regard, I find that the members' conduct in this instance demonstrated a lack of professionalism and respect," the report said.

"These lapses were not merely personal failures but had the potential of damaging the reputation of the RCMP both locally and nationally."

The RCMP officers remain suspended pending the outcome of their trial. 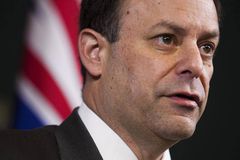 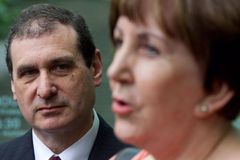