There are no plans to outlaw corporate or union donations to municipal parties, the B.C. government says, just weeks after similarly rejecting a ban on provincial parties collecting funds from those groups.

Three-term Vancouver City Councillor Andrea Reimer wants the B.C. government to add a referendum question to the ballot in next year's provincial election asking voters whether their local governments should be able to make their own municipal campaign finance rules. Ms. Reimer wants municipalities to have the authority so Vancouver can prevent unions or corporations from making controversial political donations to municipal parties or candidates. (Total donations for Vancouver's two main political parties surpassed $5-million in the past election.)

But Peter Fassbender, Minister of Community, Sport and Cultural Development and a former three-term mayor of Langley, said he doesn't think the referendum is necessary, nor is a ban on donations.

"I've talked to lots of people in my communities and I don't think it's as big an issue as some people make it out to be, quite honestly," he told The Globe and Mail late last week. "I have more faith in the integrity of people who run for office.

"They welcome the support and they welcome the contributions, but the ones that I've dealt with, in all of my life in public life, clearly make it very obvious to anybody who wants to donate that they're not being bought."

Mr. Fassbender said his government is amending legislation to bring in changes before the 2018 local elections that will establish limits on third-party advertising and campaign expenses, based on a city's population.

Critics argue the new rules set no limits on campaign donations, no bans on corporate or union donations, and no requirement to disclose donations before or outside election periods, which will have no effect on the ability of parties to create large war chests.

Ms. Reimer said she brought the motion because she is tired of hearing from constituents angry about these massive donations, which she says "diminishes the public's confidence in democracy."

She said Vancouver city council has first called on the provincial government to limit campaign spending a decade ago, and has made similar formal requests each of the past four years.

"I can see why it looks bad," she said of the current political situation. "Rather than us having to debate whether it is or it isn't, why don't we just get rid of corporate and union donations and large individual contributions to move on to putting all that energy into public policy debate on things like housing or transit?"

Of the more than $3.4-million that was spent by Vision Vancouver in the past election, about two-thirds, or $2.2-million, came from corporations. Several development companies were among the party's major donors. Condo marketer Bob Rennie's company donated $26,000 to the party and is one of the mayor's and Premier Christy Clark's biggest boosters. About $320,000 was donated to Vision by unions, while $492,000 came from individuals.

The Non-Partisan Association spent more than $2-million for the campaign, with more than $1.7-million in corporate donations. Its largest donation was $360,000 from the Great Canadian Railtour Company, which is owned by former party president Peter Armstrong.

The B.C. Liberal government has rejected calls to outlaw such donations this month after a Globe investigation revealed private fundraisers have been pumping considerable money into party coffers, which swelled with $5.3-million in donations last year. Ontario moved to ban these donations earlier this month after The Globe revealed similar practices in that province.

Maxwell Cameron, a University of B.C. political science professor, said he is surprised that B.C. "remains an outlier," but said the provincial Liberals are reluctant to crack down on municipal campaign finance rules because such a move would create a political problem.

"They know that if we were to have exemplary legislation at the local level, it would highlight the fact that we have nothing at the provincial level," Prof. Cameron said. "They cast a pall over the entire political system and I think it's critical that we address this, particularly when Ontario is acting."

Mr. Fassbender said any party should be able to build its ability "to get their message out and the vision that they have for the province."

"That's the beauty of a democracy that that can be done," he said. 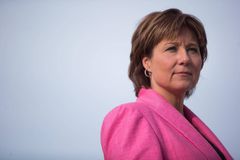