Vancouver has had a unique system for running its parks for decades – one that has produced an unusually high level of community support and activism.

It has the only elected park board in the country. And its community centres have been operated through an uncommon setup where non-profit, volunteer community-centre associations raise their own money to pay for some of their own programs, alongside the ones paid for by the park board.

But a park-board move to change that relationship has created an uproar among some centre supporters and a burgeoning political problem for the ruling Vision Vancouver party, which is now accused of being undemocratic.

If not, JOIN OUR EMERGENCY MEETING" are just a couple of the dire messages from the stream coming out of the Kerrisdale Community Centre's twitter account these days.

On the other side, the park board's general manager and its ruling Vision trustees say the change is about creating more equity among the 24 centres, some of which don't allow low-income holders of special passes to use their facilities.

A meeting set for Tuesday, organized by six of the associations, is about to bring that debate to a head.

"People are really getting mad," said Ainslie Kwan, president of the Killarney community-centre association, which has over the years organized its own child-care programs that are supported by local efforts. "And the park people talk about equity in the city, but we feel each community knows best what it needs."

Ms. Kwan said the associations, which put in thousands of hours of volunteer time that the board could never afford to pay for, will be relegated to becoming advisory committees. They can help raise money and offer advice on programs, but won't be able to have the independence and authority they do now.

But park-board general manager Malcolm Bromley, who has been touring community centres for months to sell the new plan, said centre associations will still get to respond to community needs and run non-profit societies if they need to.

He said some community-centre associations have clearly been able to raise money in the way the park board never could. Raycam and Strathcona, near the Downtown Eastside, brought in hundreds of thousands of dollars for specialized programs for their low-income families.

Under the new arrangement, the board would have formal agreements with those non-profit societies so they can continue to raise that money and spend it on the programs they always have, he said.

Mr. Bromley said the main goal of a new arrangement is to allow centres that are not able to raise as much money to tap into the surpluses that some other centres now accumulate every year.

(He stipulated that the board would not ask for the approximately $10-million of surpluses those centres have accumulated in the past.)

And he wants to see a system where anyone can use any centre equally.

Ms. Kwan said the centres have already agreed to that, even though it means giving the whole city access to facilities, like the fitness centre at Killarney, for example, that the park board had declined to fund originally.

The six associations organizing the revolt are spread across the city – Killarney, Hastings, Marpole, Kerrisdale, Sunset and Hillcrest – and have received considerable media attention.

But many more associations, those who see good arguments on both sides, are deliberately staying out of the fray.

"We understand the park board needs more oversight at the centres, we think the arrangement needs to be rethought, but community stewardship is important. We also depend heavily on the not-for-profit operation we have here," said Amanda Gibbs, president of the Strathcona community-centre association. 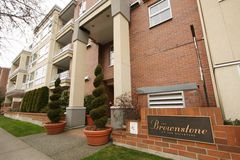 Preaching to B.C. condo residents on the gospel of quake preparedness
January 1, 2013 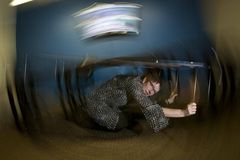 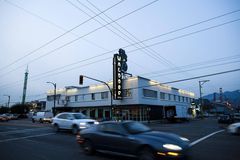