About 13,000 years ago, some of the earliest people in North America stopped on a rise in a marshy area in northeast British Columbia and began breaking rocks to make arrow- and spearheads.

Last month at the same location, a member of an archeological team probing a right-of-way on TransCanada Corp.'s North Montney pipeline project turned over a shovel load of dirt and made a rare find: an exquisitely chiselled Clovis point.

Since then, more than 200 artifacts have been found at the Lily Lake site, about 180 kilometres north of Fort St. John. It is the most northerly location at which Clovis material has been found in British Columbia and is another piece in the puzzle about how the earliest humans settled the continent.

The first Clovis points were found near Clovis, N.M., in the 1930s and since then archeologists have discovered them at sites all over the United States and into South America. They are associated with the earliest human culture in the Americas.

The stone tools, including one embedded in the bone of a mammoth, have been discovered at several locations near the B.C. border, in Washington State.

But only a few Clovis points, distinctive because of the beautiful way in which they are carved, have ever been found in British Columbia.

"It's so rare to find artifacts, period, but then to find one of this age and this significance, this well made, it is just very exciting," Nancy Porter, TransCanada's senior environment planner, said in an interview on Monday.

"I've been working in archeology in North America for over 20 years and this is my first Clovis point to see coming right out of the ground like this."

Ms. Porter wasn't on site when the broken spearhead, carved out of black flint, was turned up in a "shovel test" being taken by an archeologist with the CH2M Hill consulting firm, but she got there as soon as she could.

The crew was doing a preliminary archeological survey on a route that is to be crossed by a water line linked to the North Montney gas pipeline project.

"We did … a lot more digging … and a lot more artifacts came out of the ground there," Ms. Porter said.

More than 200 artifacts have been unearthed.

"We had the Clovis point, which was the big news," Ms. Porter said continued. "We also found obsidian flakes at the site. There is no obsidian in that general area. … It was sourced to Anahim Peak, which is over 500 kilometres away. So that was extremely interesting."

Anahim Peak is a dramatic volcanic cone that looms above the Chilcotin Plateau far to the southwest of the Lily Lake site. Obsidian is a dark, glass-like volcanic rock that Paleo-Indians used because it can be shattered to create extremely sharp edges for arrows, spears or knife blades.

Ms. Porter said archeologists also unearthed several delicate crystals at the site. "They are very unusual. Like nothing I've ever seen before," she said.

She said the archeological team chose the site for shovel tests after a computer-based study suggested a rise of land near Lily Lake might be a likely spot for an early human camp. "The main thing is they would have been up high and dry," she said of the area, which is surrounded by low-lying marshland.

Although it seemed like a place early people would have used, Ms. Porter said, "everyone was completely flabbergasted" when the Clovis point was found.

Stan Copp, a Langara College archeologist and expert on First Nations of the interior, said the find is remarkable. "Is a one-in-a-cagillion shot," he said of the chances of finding a Clovis point in a shovel test. "They must have been jumping up and down and shouting, 'Oh my god,'" he said.

Dr. Copp said that while Clovis points are found widely in the Americas, the discovery of a site so far north in British Columbia adds to growing evidence that early people moved north, following big game, as the ice sheets retreated.

He said the Lily Lake find, and the recent discovery on the West Coast of 13,200-year-old footprints, shows that the B.C. region was peopled at a very early age.

"It's absolutely criminal, in terms of understanding the peopling of the new world, that the Canadian government and provincial government do not support pure [archeological] research in B.C.," Dr. Copp said.

Footprints uncovered off B.C. coast could be oldest in North America 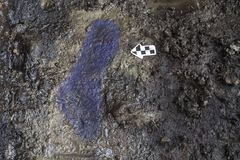 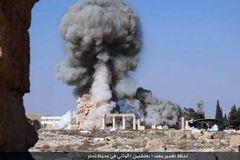