When Laura Shaver flew to Toronto last November to help put together a resource guide for safer crack smoking, she never thought that her methadone treatment back in B.C. would be affected.

But during her trip, the 34-year-old failed to renew her prescription with her doctor at one of Vancouver's private methadone clinics (Ms. Shaver would not name the clinic for legal reasons), and when she went to see the doctor upon her return, he cut her methadone from 260 millilitres to 50 ml.

"If I wouldn't have [sought] methadone on the street, I would have been in the hospital," said Ms. Shaver, who stopped taking heroin four years ago thanks to her 12 years in the provincially regulated methadone maintenance treatment program.

MMT is recognized internationally as one of the most effective ways to treat opioid dependency, but critics say the B.C. system creates a lucrative business for physicians and pharmacists while failing to address the needs of addicts.

"Methadone patients are stigmatized by their doctors and pharmacists," said Vivienne Bessette, a community organizer for the Vancouver Area Network of Drug Users, or VANDU. She noted that some providers only regard patients as drug seekers and use methadone as a punitive measure to force addicts to prove they are completely drug free.

Other issues, said Councillor Kerry Jang, include landlords that threaten to evict patients unless they fill their prescriptions with certain pharmacists. Those pharmacists, who receive money from Pharmacare to provide methadone, then cut the landlord in on profits, he said.

In order to address these issues, Mr. Jang and the city started a methadone task force in 2011. One of the solutions identified and then funded by the city was the production of so-called methadone patient-rights cards, which were introduced Monday by the B.C. Association of People on Methadone and Pivot Legal Society.

The cards are supposed to help methadone users confront unfair doctor and pharmacist practices, as well as file complaints with their regulatory bodies – the College of Physicians and Surgeons of British Columbia and the College of Pharmacists of British Columbia, respectively. BCAPOM and VANDU will help patients file complaints. The process can be onerous for marginalized populations since the complaints need to be in writing.

For Ms. Shaver, finding a new doctor is a priority. Her doctor eventually increased her methadone dose to 90 ml, but only after she threatened to reveal his name to the media.

"It feels like [what he did] was a personal attack and not a professional one, because it's not that I was out doing drugs," she said. "I was [trying] to help people."

Despite helping to introduce the patient-rights cards, Ms. Shaver said she understands that some methadone patients are afraid to file complaints because they have to identify themselves.

She added that some BCAPOM members claim they've been blacklisted by physicians for complaining. The cards, she said, are mostly there to bring attention to the many issues that methadone users face.

CPSBC registrar Heidi Oetter said the college strongly disapproves of any doctor that does not fairly address criticism from methadone users, and that complaints are taken seriously. Dr. Oetter said she could not think of any physician who has lost the ability to prescribe methadone due to a complaint, since the college prefers to take a remedial approach.

That glass of grapefruit juice might be more dangerous than you can imagine
November 26, 2012 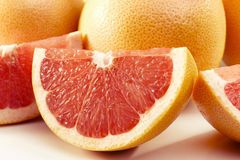 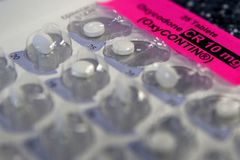 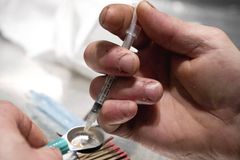 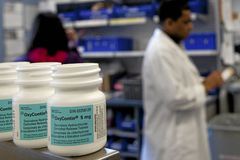