Patricia Houlihan knows a thing or two about buying houses – she's bought and sold six of them over the years. And as both a lawyer and a real estate agent, she understands the importance of having patience and being realistic about what you can afford. You just have to be willing to move.

Freshly graduated from university, Ms. Houlihan bought her first house for just under $200,000 on the east side of Vancouver, before anyone looking for a detached home in the area needed $1-million.

"I got into the market by buying a house that had condoms and needles in the yard at least a couple times a week," Ms. Houlihan said. "Even though I was paying back student loans, I wanted to get into the market – and I didn't care what it took."

Ms. Houlihan's motto is that first-time homebuyers can always move up. The important step, she says, is getting into the market with a piece of property you can afford.

Twenty years and several homes later, Ms. Houlihan is looking to be on the move again, this time with a waterfront property in North Vancouver in the $3-million price range.

The Globe and Mail spoke with Ms. Houlihan about her personal history navigating Vancouver's housing market and what she's learning from her latest search.

How did you get into the market?

Up to this point, I've just been buying houses that were where I wanted to live – but I was pretty flexible on that – and where I thought it would appreciate in price well enough for me to make some money and move up to the next one.

[For the first house], I would have probably moved to Surrey if I had to, but I ended up getting a house at 10th Street and Glen Street in East Vancouver, which is now a lovely area, but was not a lovely area then. I bought the house. It was disgusting, it stank of cigarettes. We ripped out all the carpet, we refinished it, painted it, fixed it up and then sold it and moved to something bigger and better and in a better location – and just kept doing that.

My second place, I bought with a friend in North Vancouver. It was bigger and better, but buying with a friend didn't work out so well.

I sold it and bought [the third] house in [East Vancouver] that, again, needed a fair amount of work, but it had a view. I fixed it up.

After that one, I moved to Point Grey Rd. in Kitsilano. This house I thought I might stay in forever because it was a big, beautiful, nice house – still older – amazing view, great location. But then I got pregnant and wanted my kids to grow up somewhere other than Kits, so I moved to North Vancouver.

I bought a waterfront house [in North Van] for the same price as my house in Kits [with views of the water]. But it was small, so the reason I want to move now is because I need a bigger house.

Each time I go up, it's much harder to find a house. When I was trying to get into the market – it's much easier getting into the market than to move up to a house that you're going to love and stay in, because those houses are few and far between, the prices are tough.

Is it easier to get into the market and move up than to buy your dream house from the get go?

Yes. You usually can't save as fast as the market increases. Buy something as soon as you can, so you at least got your foot in there, so that your property is appreciating.

Even if you're not going to renovate, at least buy something so that the value is going up while you continue to try to save a bit of money on the side – and then you can gradually move up in the market.

How did your houses appreciate?

My last two houses I had in Kits almost doubled, and both of them I owned for less than five years.

My current house in North Vancouver hasn't really gone up because I bought in the peak of the market.

Buying disgusting houses is a good way to go. No one else wants it, I want it. As long as it's in a good location and hopefully has a view.

If this next house – your seventh – is a move up for you, what's on the checklist?

This is the problem I have now: I can move up to a nicer house, but location is my primary motivation. I'm on the water right now – I use the water almost every day, I swim year round – so I have to have waterfront. I've found some great houses, but they haven't been on the water, so they're not even in the running.

To try to find something on the water, bigger, et cetera, is very difficult. Even though I would move into the ugliest house on the street because I know I can fix it.

And that's the problem with first-time buyers, is they think they have to buy a house they're going to live in for the rest of their life – well, you don't.

Are you considering sacrificing living on the water then?

Only if the house is amazing and very close to the water. It has to be so close to being waterfront it's not funny.

What's been most surprising to you in your personal search?

For example, this one house that I offered on twice in North Vancouver, six months apart – I knew what it was worth and it was not worth anywhere near what the seller was asking for it. It was one house off the water, good location, but the guy was asking a crazy price.

The second one was a waterfront house in North Van where, again, the guy was asking too much.

I'll overpay for my principal residence if it's what I want because I've been looking for a long time and if I'm going to live there it doesn't matter.

And in Vancouver, the market is going to go up so it'll catch up to what you paid. But I'm not going to overpay crazy because that's crazy.

So is it even a good time to look in the $3-million price range?

It's not a good time to look at any price range given how little stock there is available right now. There's very little on the market. I would have been much better off to buy two years ago.

You can only buy when there's something available, and right now the market is so tight there's nothing to buy.

Vancouver’s housing costs no problem for entrepreneur living in a van
August 16, 2015 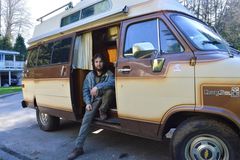 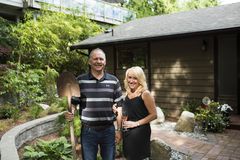 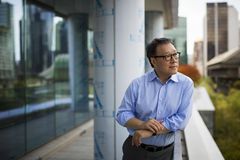