Health officials in Vancouver are planning a new "sobering centre" seven years after it was recommended by an inquiry into the death of a severely intoxicated homeless man, but some advocates and family members say it still falls short.

Vancouver Coastal Health has begun planning a facility where police could take people who are drunk or high on drugs instead of a jail cell. It will be attached to a new detox centre, to replace an aging building that already contains a small sobering unit of about five to 10 beds.

A stand-alone sobering centre was recommended in 2009 after an inquiry into the death of Frank Paul. In 1998, the 47-year-old aboriginal man was refused entry to Vancouver's jail and police dumped him in an alley, where he died of hypothermia within hours.

"I am disappointed to hear about the building not being a stand-alone," said Peggy Clement, Paul's cousin. "It looks like the government is trying to put a Band-Aid on just to say that they did something on the inquiry recommendations."

Advocates say Vancouver Coastal Health has taken too long to act on the recommendation and chronically addicted people may not want to go to a sobering centre inside a detox facility. But the health authority says it's best to unite addiction services under one roof.

Andrew MacFarlane, a director of mental health and substance use at Vancouver Coastal Health, said he hopes the new site will be built within the next five years and will include sobering, detox, research and outpatient withdrawal management.

When a person arrives at the sobering centre, a nurse will assess them immediately and monitor them over a period of about 24 hours. Once sober, they will be offered the opportunity to go into more intensive programming, he said.

Asked why the authority was apparently taking action now on a 2009 recommendation, MacFarlane said it had been in the works for years but it was important to carefully consider all the different components in treating addiction.

More recently, Vancouver Coastal Health has been prompted by a need to replace the 60-year-old Vancouver Detox building on the city's east side, he said.

MacFarlane said the authority plans to consult widely and it's too early in the process to provide a cost estimate, possible location or number of beds. No new funding has been provided by the province and the authority expects to use existing resources, he said.

Doug King, a lawyer with advocacy group Pivot Legal Society, said the slow response to the recommendation has been "completely inadequate."

King said stand-alone centres are preferable because pressuring someone into treatment before they're ready isn't effective. The centres are also meant to be for downtown bar-goers who've had more than they can handle, he said.

"It's really just designed to be a place where you can go and sober up."

But Grand Chief Stewart Phillip of the Union of B.C. Indian Chiefs said he's "absolutely thrilled" a new sobering centre will be built, even if it's attached to a detox facility.

There were 18 in-custody deaths between 2006 and 2010 that could have been prevented if B.C. had more sobering centres, according to his organization.

"The absence of that type of critical service resulted in the death of Frank Paul," Phillip said. "The Vancouver Police Department was really at a loss of what to do with him."

He said the centre should be located in the city's troubled Downtown Eastside, be accessible 24 hours a day and be named in memory of Paul.

There is one stand-alone sobering centre east of Vancouver in Surrey, called Quibble Creek, which has 30 beds and sees more than 8,000 intakes a year. Manager Kevin Letourneau said if someone is motivated to go into treatment, they are brought to the detox centre a few doors down.

"The reality is that a lot of folks who go to the sobering centre don't want to go to detox."

Vancouver police Const. Brian Montague said officers responded to about 3,100 incidents in 2015 involving an intoxicated person who could not care for themselves.

Intoxicated people who are brought to jail are meant to undergo a medical assessment upon arrival and be checked by a nurse every hour, and by a jail guard every 15 minutes. 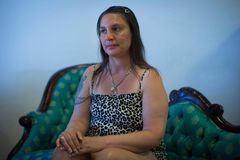 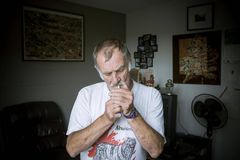 From burnings to beatings, homeless people face violence on the streets
April 26, 2015 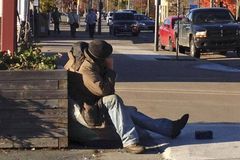