It was June, 2006, when Vancouver mayor – now (seldom seen) B.C. Liberal MLA – Sam Sullivan introduced the brand to Vancouver and the entire planet as the city played host to the World Urban Forum.

Despite the gloss of the hot-off-the-press brochure, critics accused him of rebranding an idea already in practice: Increasing density would reduce the city's environmental footprint with the secondary benefit of making housing more affordable.

At the time, I questioned Mr. Sullivan on the second point. Density in the downtown core had virtually doubled over the previous two decades and condos were not getting any cheaper. In fact, each new development represented a significant jump in price.

"Don't you know anything about economics?" I recall him asking me rhetorically.

"Supply and demand, m'boy, supply and demand. We build more supply and the prices come down," he said, stretching out his suspenders with his thumbs and chomping on a cigar. Okay, there were no suspenders or cigar, but his answer did conjure up grainy black-and-white images of W.C. Fields, sans top hat. Also, I'm pretty sure he didn't call me "m'boy."

The point is that selling density as a means to affordability in this city is nothing new.

But it's a myth, and an especially cruel one to wave in front of well-educated young people hopeful that one day they'll be able to afford the sort of housing in which they might be able to raise a family in Vancouver.

And yet, it persists.

This week, council approved the third phase of the Cambie Corridor Planning Program.

Once again, the foggy mirage of affordability appears in the latest report: "Phase 3 provides an opportunity to increase housing options and improve affordability by broadening the range of housing choices that will help young families put down roots and stay in Vancouver."

Susan Haid, the city's assistant director of housing for Vancouver South, also talked about affordability when I spoke with her about the plan this week. "Affordability is something that we're really going to explore; a range of options through the planning process," she said.

That's where the townhouses and row houses and other options come in.

But as for the definition of affordable, Ms. Haid conceded the city was talking about what she called "relative affordability."

"Affordable compared to a single family house in the area may be a desirable option for some families," she said.

We've seen block after block of townhouses and row houses spring up along Oak Street and Granville Street in the past few years as a result of rezoning along those busy roads. A quick scan of listings shows a 1,300-square-foot, three-bedroom townhouse in the 6,100 block of Oak going for $870,000. That's not in a quieter "transition zone" – it's on six lanes of rush-hour traffic. Two blocks up the street is a similar but slightly larger two-bedroom row house listed for $1.18-million.

From there the prices only go up. (And don't forget the strata fees.)

By whose definition are those affordable to a young family putting down roots?

Before you venture an answer, remember that we're talking about "relative affordability."

So with the law of supply and demand apparently suspended, and with so many market drivers beyond the city's control, let's just admit that the myth of affordable housing in the Cambie corridor is exactly that – a myth. We can talk about "providing opportunities" and "broadening the range of housing choices," but in the end, the real estate market in Vancouver is what it is.

Let's stop pretending the city can do anything to make housing more affordable for anyone. And let's not bite when reports to council dangle vague references to affordability in front of us.

Here's what it has done to us: when I told a young colleague this week about the 1,100-square-foot apartment on Cambie listed for $780,000, her response said it all.

Relatively speaking, I guess it is. 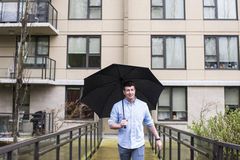 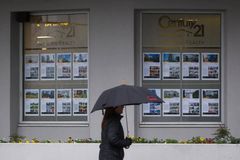 Bank of Canada warns of housing market corrections
May 14, 2018