The TED Conference returns to British Columbia this week – but with one major absence: The concurrent TEDActive event, which has been held in Whistler for the last two years, has ended its run.

TED curator Chris Anderson says the original thinking behind the satellite event – where attendees could take in the TED Talks in real time but on screens rather than in person for half the cost of attending the Vancouver conference – was to allow people to have the TED experience for less money.

"But some people internally argued it's still a bit of a halfway house; it's still quite expensive and it only opens up TED to [a few hundred] more people," he explained during an interview late last week.

So officials are opening up the TED experience to a wider audience in a different way this year. In a TED first, they will screen Monday's opening-night session in more than 1,000 movie theatres around the world.

"We focused on the cinema experience, which hopefully opens TED up to tens of thousands more people," Mr. Anderson says.

The talks through the week are once again being live-streamed for free at more than 30 locations around the Lower Mainland – including libraries, schools and Grouse Mountain.

"They'd come for five days, midweek, which is always great for the resort," says Karen Goodwin, vice-president of market development and sales for Tourism Whistler, who says officials were "disappointed, of course" with the decision. "We certainly enjoyed [TEDActive] and thought there was a longer term relationship to be had, because there certainly is one in Vancouver."

Indeed, Mr. Anderson said during last year's TED conference that the plan was to keep the flagship event in Vancouver for the next few years, with dates circulated to the TED community through 2020 with Vancouver in mind.

Mr. Anderson, who is not ruling out a return of TEDActive ("we're constantly re-evaluating"), says the organization has offered some regular TEDActive attendees from past years a chance to come to the main conference in Vancouver this year at the discounted price.

There's a bonus for TED this year, with the low Canadian dollar translating to lower costs for the U.S.-based organization as well as attendees from the United States.

However, with the $8,500 ticket price in U.S. dollars, it is more expensive for Canadians to attend. Yet Mr. Anderson says there are actually more locals registered this year – 40 to 50 people from the Vancouver area, he believes.

The conference is sold out, with 1,400 attendees from about 60 countries who will hear five days of talks based around the theme "Dream."

"We've invited a lot of speakers to just share their biggest, most audacious visions of the future," Mr. Anderson says. "And I think people will come out of the week awed by the future almost as never before."

Shonda Rhimes is the powerhouse behind ABC's TGIT (Thank God It's Thursday) dramas Grey's Anatomy, Scandal and How to Get Away with Murder. She's also written a memoir, Year of Yes: How to Dance It Out, Stand in the Sun and Be Your Own Person. Norman Lear is the genius behind some of TV's biggest shows in the 1970s including All in the Family, The Jeffersons, Good Times and Maude. Ms. Rhimes speaks at TED's opening night Monday. Mr. Lear appears Tuesday.

Sharing Economy in the Spotlight

Two big disruptors – Airbnb co-founder Joe Gebbia and Uber founder and CEO Travis Kalanick – give TED Talks on Tuesday in Vancouver. Uber is currently not operating in the city, where vacancy rates are very low – a problem made worse, some argue, by Airbnb.

The Return of Al Gore

Mr. Gore, who helped bring concerns around climate change to a mainstream audience a decade ago with the documentary An Inconvenient Truth, is back at TED Wednesday with an update on his thoughts on climate change now – his "hope-pessimism balance," as TED curator Chris Anderson puts it.

Chris Milk uses virtual reality to tell important stories; last year he used the technology to whisk well-heeled TED attendees to a refugee camp for Syrians in Jordan. The filmmaker will be back at TED to discuss – and possibly show off – his interactive innovations on Thursday.

Off-site, musician/author/crowdsourcing superstar Amanda Palmer will mount one of her #ninjaTED events – a show featuring "a bunch of random people" (generally local performers and speakers she rounds up at TED). This event, at the Vogue Theatre on Wednesday night, is open to the public; tickets are $20 with proceeds going to the Greater Vancouver Food Bank. 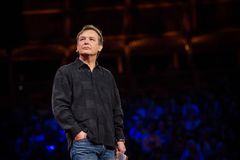 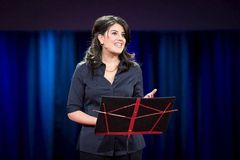 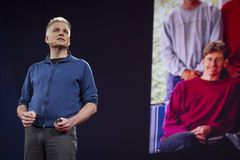