Once upon a time, getting money to attend university in Canada was easy. There were non-repayable grants available from the government, and there were lots of good paying summer jobs.

I'd hate to be a student these days. Both the grants and the great summer employment opportunities of yesteryear are a lot harder to get. More parents than ever are being forced to dig into their wallets to help their kids finance an undergraduate degree.

Tens of thousands of students, meantime, are left with no choice but to go to the government or the banks for a loan. Loans, of course, have always been part of the university equation. But now kids have to borrow more than ever to finance their schooling. And once they complete their degrees, there are fewer jobs around that pay the kind of money that allows grads to seriously whittle away at their debt.

Consequently, many are going on to graduate school and piling up more debt in the process.

The Canadian Federation of Students says the average debt for university graduates is almost $27,000. Canada's student loan program is close to hitting its $15-billion threshold years in advance. Why? In part, it's because the cost of getting an advanced education has gone up precipitously. Today, nearly two million Canadians have student loans totalling $20-billion.

A recent series in the National Post on student debt suggested that the high cost of a university education is bankrupting a generation of students. The problem isn't just the amount of money students have to borrow, but the interest rates they're paying. The amount will vary from province to province and will fluctuate based on whether the loan arrangement is tied to the prime rate. But depending on where you live, that overall number can be anywhere from 5 per cent to 9 per cent.

If interest rates continue to climb, as many predict, it will put an even greater burden on those young Canadians barely able to make the minimum payments on the loans they have. There are an increasing number of grads making the sickening decision to declare bankruptcy, a move that will destroy their credit rating for six or seven years.

The situation is so critical that, in British Columbia, the heads of four of the province's leading research universities appealed to the provincial government to do something to alleviate the financial stress B.C. students are facing.

B.C. currently charges the highest interest rates on student loans of any jurisdiction in the country - 2.5 per cent above prime. (That compares with Newfoundland, which eliminated interest rates on student loans in 2009.) Worse, B.C. eliminated its student grant program in 2004 and replaced it with a loan-reduction program that forgives millions in debt each year but only for students with certain degrees and who are willing to work in certain areas of the province.

In B.C., interest begins accumulating on a student's debt right after studies are completed. Other provinces have a six-month grace period before this occurs, giving students a chance to establish themselves in a job before their higher loan payments begin. The university bosses would like to see the province adopt a grace period and reduce the interest rate from its current level.

The presidents believe, rightly, that the high cost of financing a postsecondary education is scaring away students from underrepresented groups such as aboriginals and others from impoverished backgrounds. But costs are scaring away kids from middle-class homes as well. And the loans needed to finance those costs are making life miserable for kids trying to get a toehold in a job market that's as unfriendly as they come.

Something has to be done. Everyone agrees Canadians need to become far more educated to contend in the globalized competition that is the 21st century. But, right now, our students are being crushed under the weight of the debt they're accumulating just trying to compete.

How will your kid's university choice affect their salary?
June 28, 2011 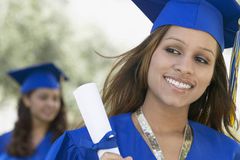 Should your university student work or volunteer this summer?
June 12, 2011
Top money tip for university frosh: Don't use plastic
May 31, 2011 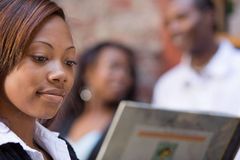