Nobody's winning at this kind of game

We've got to do better it's time to begin

You know all the answers must come from within

So, come on and take a free ride.

I have only ever once ridden the SkyTrain without paying. I was on my way to work and was distracted or preoccupied and boarded the train at the Commercial Drive Station without first buying a ticket. I was halfway to Main Street when, with some horror, I realized that I hadn't paid. I got off the train at Main Street, went downstairs and bought a ticket, then got on the next train and rode it one more stop to Stadium Station.

Could I have made it the stop-and-half without getting caught? Statistically, highly probable; in my experience, TransLink police and security rarely check fares during the morning rush.

This week the revelation that TransLink has no way to collect on the approximately 64,000 tickets it has issued over the past 14 months had a lot people asking why they bother paying at all.

I won't go over all of the numbers again; they've been well documented in this paper and elsewhere. The bottom line is that since ICBC was tasked with collecting fare-evasion fines back in 1999, it has had no authority to force people to pay those fines.

Refuse to pay a speeding ticket, or ignore the toll on the Golden Ears Bridge and you'll hear about it when it comes time to renew your driver's licence. Ignore a sock-drawer full of TransLink fare evasion tickets? Usually, nothing.

TransLink has been reminded time and again that it is losing millions to its toothless collection system – and it, in turn, has reminded the provincial government.

A Price Waterhouse Coopers Fare Evasion Audit in 2007 recommended TransLink find a way to link the collection of fare evasion tickets with other government functions, like the renewal of drivers licences or vehicle insurance. The report says, "We believe that this change could have the most significant impact on fare evasion by creating significantly enhanced consequences of evasion."

TransLink CEO Doug Kelsey says the authority has been "reaching out for quite some time" and has presented the provincial government with a menu of options.

Provincial Transportation Minister Blair Lekstrom, however, says this is the first time the issue has been brought to his attention – five years after the PWC report. He says he's going to fix it, though he hasn't said how.

I was under the impression the provincial government needed cash. But then I thought that when it came to the BC Place naming deal. There must be some good reason again that they're taking a pass on the tens of millions of dollars there for the taking.

So back to the question: Why pay your fare at all?

Maybe you don't pay because you're frustrated by the nonsensical zone system under which riders going the nine stations from Waterfront to Joyce Street pay for a single zone, while riders who travel the three stops from Joyce Street to Metrotown pay for two zones. The temptation for those travelling just a couple of stops into another zone is understandable, especially since the chances of being caught are minimal.

Maybe you don't pay because of the quality of service. Push your way onto the 99 B-line or the inbound SkyTrain during morning rush hour and you might wonder why someone isn't paying you to be sandwiched between the backpacks of your relentless cellphone-yakking fellow passengers apparently born with no sense of embarrassment.

Then there's the fact that it isn't exactly cheap. A two-zone trip at rush hour costs $3.75. Cash fares are the most expensive method of paying, which you could argue penalizes occasional riders or people who can't afford a monthly pass or books of tickets.

All of that is true, but I pay my fare anyway – even on that day when I likely could have made it to work free.

I don't shoplift, I don't steal digital music or movies, I don't take things that aren't mine.

I pay my fare because the system is based on trust and honesty, and paying for the service you use is the right thing to do.

Call me a chump.

Stephen Quinn is the host of On the Coast on CBC Radio One 690 AM and 88.1 FM in Vancouver. stephen.quinn@cbc.ca 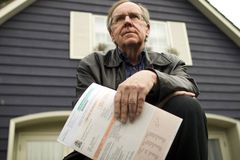 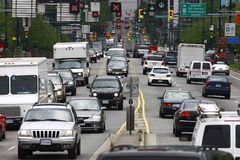 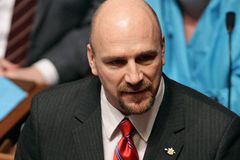 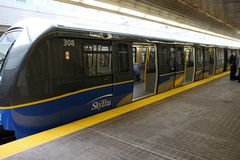 Clark rules out vehicle levy to pay for TransLink
March 23, 2012 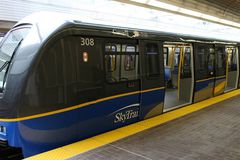 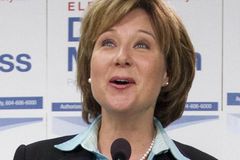