After a series of crippling financial setbacks this year, TransLink is going back to the public in three weeks with a new plan for transit improvement that many are hoping will at least salvage the promised Highway 1 rapid bus from Langley.

That could help the province avoid the embarrassment of opening the Port Mann Bridge in December – built on a promise that it would accommodate rapid transit for the first time – without any buses running in the special lanes designed for it.

It would also help avoid a nasty political fight between Langley-area politicians, who represent some of the fastest-growing suburbs in the region, and those elsewhere.

"We'll be putting forward our best recommendation … of what projects should go ahead given our current funding constraints," said TransLink spokesman Jason Martin. "We'll have to present what projects we can achieve."

The new 10-year plan will be launched Sept. 17, after the agency gets the result of a provincial audit.

"Everyone wants to salvage the Hwy. 1 bus, but no one can decide on anything until the audit is done," TransLink mayors' council chair Richard Walton said.

The council's vice-chair, City of Langley Mayor Peter Fassbender, said there could be a solution to save some of the projects TransLink had originally planned for this year, but not all of them.

"There are other projects that could be put on hold. Then we can work things out with the Transportation Minister."

Transportation Minister Blair Lekstrom is sticking to a promise that there will be a bus on the bridge when it opens in December.

A statement provided from his office Monday said: "Minister Lekstrom remains confident that there will be rapid bus service on the Port Mann Bridge when it opens in December, and he will continue to work with TransLink on this."

Many are hopeful about that.

"It was definitely a disappointment when it looked like it was cancelled," said Tyler McClean, the sales manager for a new housing development in Langley. "We get asked a lot of questions by potential buyers about transit here. It's definitely needed."

That project, called Outlook, promoted its access to the new transit system as part of its attractions. TransLink spent $54-million on a new park-and-ride close to the development, which was intended to be used by people taking the new rapid-bus service on the highway.

TransLink has been staggering from one financial blow to another since spring, when Premier Christy Clark rejected a series of funding solutions aimed at paying for $30-million worth of transit improvements due to begin south of the Fraser River.

That was just after a new gas-tax increase had kicked in to cover the $40-million cost to start construction of the Evergreen Line in the region's northeast sector.

Once Ms. Clark turned down a vehicle levy, a regional carbon tax and another gas-tax increase, regional mayors then backed away from their previous commitment to increase property taxes.

Added to that, the province's transportation commissioner turned down a request for a significant fare increase and the agency has also seen its revenue from gas taxes drop precipitously.

Now, says TransLink's Mr. Martin, the agency is focused on doing what it can. "We are facing difficult decisions and critical tradeoffs as a result of our new financial reality," he said. "The Highway 1 rapid bus will be considered in this plan, along with a number of key projects."

SkyTrain gets its first of many fare gates
August 13, 2012 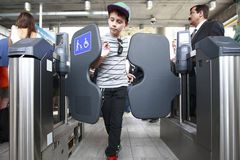 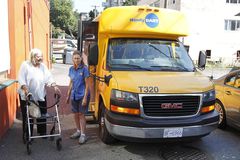 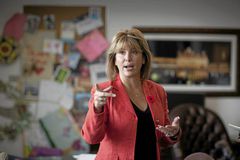