A Vancouver Island district is considering a deer slaughter in response to growing complaints from residents about run-ins with the animals even though their numbers haven't increased much over the past few years.

Animal activists counter that urban sprawl has forced the creatures into cities, and the public should learn to cohabit peacefully with them.

From 2008 to 2011, the black-tailed deer population on the Island has not changed significantly, according to B.C. Ministry of Environment reports. One put the total between 45,000 and 65,000 last year, and provincial biologists estimated it was close to 50,000 in 2010.

Some animal activists say these estimates are based on only sample head counts. "They simply have no idea how many black-tailed deer there are," said Liz White, a founding director of Animal Alliance. Vancouver Island does not have too many deer, she added.

Councillor Geoff Young, chair of the Capital Regional District board, said the locals think otherwise. "There is a strong perception in the urban areas that there is an increase in deer population," he said, adding that he lives in an area that was deer-free 20 years ago, but now has lots of sightings.

Ms. White said that's an illusion. Extensive development in the district, which includes the southern tip of Vancouver Island, forces the animals out of their natural habitat, she said, making city-dwellers believe there are more.

Victoria Councillor Ben Isitt has noticed the slow extension of urban boundaries. "Even areas that were farmland a few years ago are seeing new subdivisions," he said. "In sort of the forested hills around the city, we're seeing more and more sprawl."

"They have lots of cover so they are comfortable, there's fewer predators, food sources are plentiful and they have a higher survival rate," Helen Schwantje, the province's wildlife veterinarian, wrote in an e-mail to The Globe and Mail, adding that these factors can quickly increase the numbers of deer.

One wildlife expert said the issue is not the actual population, but whether people are willing to put up with the city-dwelling deer.

"Some communities are going to be more tolerant of deer conflicts than others," said Micheal Badry, a provincial wildlife conflicts prevention co-ordinator. He said that communities must look at all the options when they feel their level of deer and human conflict has peaked.

The CRD has reached that point. Deer thwart food production by feasting on crops in the rural areas, district officials said. And a local report says 103 deer and vehicle collisions were reported in 2010.

Recently, a deer had to be shot in the public square between Victoria City Hall and the CRD building after it was injured by a car, Mr. Isitt said. "It's almost nature sending a sign to decision-makers," he said, "if nature had that kind of influence."

The board decided it needed a deer management strategy and established a community advisory group to propose an action plan in July. Jocelyn Skrlac, the chair of the committee, said 11 options are under consideration, including reducing the deer population.

Invermere, Kimberley, and Cranbrook have held deer culls, said Ms. White of Animal Alliance, which may make it politically easier for other areas, like the CRD, to follow suit. But killing deer won't solve the problem, she said.

She proposes measures that make cities liveable for humans and deer, including driver education programs and wildlife corridors. The province urges committees to look at such measures first, Mr. Badry said, but sometimes a community will conclude it is necessary to kill some deer.

The final decision rests with the district board.

Group wants to make it harder, not easier, to catch fish on Cowichan
July 1, 2012 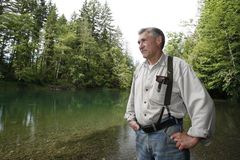 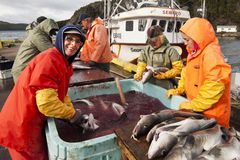 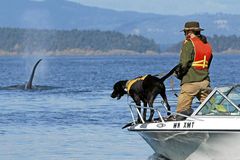 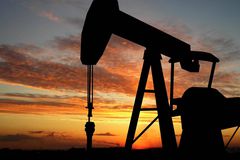 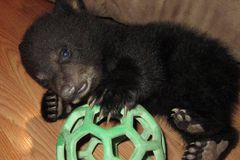