The City of Vancouver is studying ways to ensure it keeps its options open for a network of streetcars in the future, despite the irritation the vehicles have generated among travellers in some cities.

The transit vehicles operating on electricity have been maligned by some in Toronto for slowing traffic, but in Vancouver, the city is about to hire outside consultants to study what needs to be done to ensure that no new building projects or road changes shut the door to a future streetcar line.

The line would run down Arbutus Street and around False Creek to Yaletown, Chinatown, the central waterfront and Stanley Park. A streetcar line likely wouldn't appear on Vancouver streets inside of a decade. The line would need to be approved by regional mayors in the next 10-year plan of the regional transportation authority.

"There are places in the city where something higher capacity than a bus would be good," said Dale Bracewell, the city's manager of transportation. Powered by electricity, streetcars are better for the environment and quieter than buses, he said.

Streetcar fans also argue that they are great additions to the city, because people like taking them and they tend to attract new development around them.

"Streetcars are place makers. They are an urban benefit," said Anthony Perl, an urban-studies professor specializing in transportation at Simon Fraser University. They're not the magic solution for all transit problems, Prof. Perl said, but they're a part of a complete system in mature cities.

Streetcar systems, which were once common throughout North America, almost disappeared in the 1950s as cities chose to hand over road space to cars. Only a few cities, such as Toronto, New Orleans, La., Boston and San Francisco retained some lines.

But they've become popular again with civic authorities in the past two decades, with new lines being installed in places as diverse as Atlanta, Detroit, Phoenix, Minneapolis-St. Paul, Minn., and Portland, Ore.

But those new lines have sparked some public backlash, as the ridership has not met expectations in many places, with Portland's successful system being a notable exception.

Renowned U.S. transit expert Jarrett Walker has said that cities need to examine the case for streetcars more carefully. He argues that, even when streetcars attract more riders than the bus lines they replaced, it's often because cities make huge improvements to the streets they're on.

Toronto went through a debate earlier this year about its streetcar system, after a city hall committee suggested keeping the line on Queen Street closed for an extra two weeks beyond a planned shutdown for renovations to study whether buses would be more effective.

Drivers often gripe about being stuck behind the streetcars, while riders sometimes complain that the streetcars get so slowed down by traffic that walking is faster.

Toronto just started a pilot project with its King Street line that gives the streetcar priority and limits car drivers to being able to travel for one block on the street. That has significantly improved travel times.

In Vancouver, the proposed study for a future streetcar, whose bid deadline closes on Tuesday, is meant to update work that has been going on since the early 1990s in streetcar planning in the city. The city is asking for consultants doing the new study to look at a possible connection between the streetcar line and the planned Broadway subway.

It's something that the city's most ardent streetcar advocate welcomes. "This could be the beginning of a network," said University of British Columbia professor Patrick Condon. "And to put this system in, which is greenhouse-gas-zero, is a good direction. It's a promising direction."

He said streetcars do much more than just transport local residents. "Studies show a million tourists a year are likely to use it."

Prof. Condon hopes that Vancouver engineers will also study the feasibility of streetcar lines that have been suggested in the past. One is along the Fraser River from Arbutus to the city's eastern boundary. The other is from Arbutus Street, where the first phase of the Broadway subway now being planned is scheduled to terminate, out to UBC.

But Mr. Bracewell, at the city engineering department, said neither of those is part of the current study. "We see the need for rapid transit to UBC. A streetcar is not rapid transit." 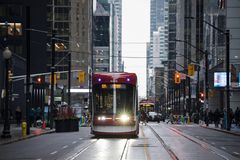 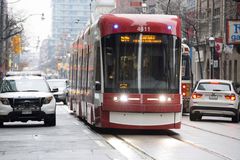 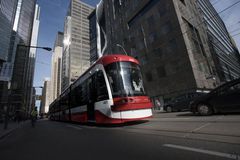