The Vancouver Police Department's revelation that it has indeed employed a controversial mass-surveillance device despite initially insisting it had no documentation of its use raises serious legal and public accountability concerns, a civil liberties group says.

The department said it received help from the RCMP in using a so-called StingRay device during a 2007 investigation in an attempt to track down the cellphone of a person they believed had been abducted.

The admission comes after a protracted back-and-forth battle waged by both the British Columbia Civil Liberties Association and PIVOT Legal Society into whether the Vancouver police have ever used StingRay, an intelligence-gathering tool widely adopted in the United States.

StingRay mimics a cellular communications tower to trick all mobile devices within range to connect to it, giving police text and audio communication as well as the device's location.

Micheal Vonn of the B.C. Civil Liberties Association said it was only after a freedom-of-information request, direct questioning and the prospect of an inquiry by the province's privacy commissioner that the Vancouver police willingly disclosed any information.

"How, if they've actually used the RCMP's StingRay, could there be no documents: no memorandum of understanding with the RCMP, no policies and procedures, no communications, nothing. This seems deeply problematic."

Ms. Vonn said that without regulation, it's impossible to know whether police are trampling on civil rights, such as storing the data it collects on innocent people caught in an otherwise indiscriminate intelligence-gathering net.

Constible Brian Montague of the Vancouver police said in an e-mail Wednesday that context is important in order to understand the role played by StingRay in investigations.

In the 2007 case, the device was used in "exigent circumstances" to investigate the disappearance of a person in a case that has since become a possible homicide, he said.

"It is disappointing to see the BCCLA failed to provide any context regarding that investigation, [and] continues their attempt at public fear mongering," he wrote.

Ms. Vonn cited Germany as an example of a country where a rigorous regulatory framework around cell tower simulators hasn't hindered law enforcement.

"That the device was used appropriately once in no means addresses what our constitutional right is," she said.

"To be clear, our constitutional right is to be protected against unreasonable search and seizure. 'Trust us' is not a protection."

Ms. Vonn said it's likely the RCMP have offered similar StingRay services to other jurisdictions across Canada, but it's difficult to know without the requirement for public transparency.

"It's almost mysterious why there has been this just unfathomable amount of secrecy in relation to StingRays," she said.

Public Safety Canada declined a request for an interview with the minister, but in an e-mail statement it says sensitive investigative tools used by the RCMP are classified and that releasing details could harm the public, officer safety and the integrity of the justice system.

In a statement, RCMP spokeswoman Annie Delisle said the Mounties don't generally comment on specific investigative methods, tools and techniques outside of court.

"The use of any investigative tools by the RCMP is governed by the Charter and subject to appropriate judicial processes," the statement reads.

"By law, such court orders are limited, specific, and proportionate to the seriousness of the crime under investigation." 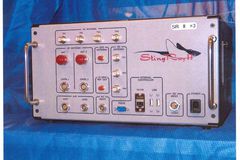