Not many teenagers can drop casual references about the time they spoke in New York at a United Nations panel, or when they sang for hundreds at the Paris climate talks.

But in between home-schooling in North Vancouver, such activities have become regular occurrences for 14-year-old singer and First Nations activist Ta'Kaiya Blaney. She has spent the past several years performing and speaking about indigenous issues and climate change at conferences, panels and protests throughout Canada and in cities such as Rio de Janeiro and Bandung, Indonesia.

Always wearing a traditional cedar-bark hat, she sings haunting melodies whose lyrics reveal how indigenous peoples have been silenced politically at the same time as their intricate bond with the environment wanes. She says this tenuous link first came into sharp focus for her while growing up near Powell River, B.C., in the Sliammon First Nation, where she noticed that heavy logging meant elders could no longer find trees large enough to build their traditional canoes.

"It's [also] something that you witness in the eyes of those you love when you ask for certain words in your language and there's a look of sadness because no one can remember," she said recently as her family prepared to leave to spend the holidays on the Sunshine Coast reserve. "Or you ask for a specific teaching that has been so woven into the fabric of your community … and continued practice of that culture, and no one can remember that.

"You can only see so much inequality as a young person before your naiveté and natural sense of justice propels you to take action."

She began singing with voice coach Aileen De La Cruz about a decade ago. Starting when she was 8, they spent two years writing Shallow Waters, her protest song against Enbridge's controversial Northern Gateway pipeline proposal, which would carry oil sands bitumen from Alberta to British Columbia's coast.

After sending the finished track to the Canadian arm of Greenpeace, which she says helped mentor her activism, she travelled to Enbridge's downtown Vancouver offices to hand-deliver a copy of the music video along with a letter asking the company to rethink its proposal.

"We were met with extremely reinforced security, so I got as far as the lobby before a security guard said if I went any farther that I would be charged with trespassing," Ms. Blaney recalled. "Yes, large corporations can be afraid of a 10-year-old girl."

The polished performer now serves as a youth ambassador for Native Children's Survival, a non-profit organization run by native-American rock musician Robby Romero, who is also managing her singing career. Each year she sandwiches any international engagements into several weeks, using the honorariums she receives to speak or sing to help pay for her mother and father to join her at these events.

In the past two years she has performed at the United Nations Permanent Forum on Indigenous Issues in New York, Idle No More and Occupy Wall Street protests as well as a number of colleges and conferences across North America.

She says that it's unfortunate that she must contribute to greenhouse-gas emissions by flying across the world, but maintains these events are working "within a current system to build a ladder to our ideal world." She plans to continue to be a strong voice for First Nations peoples in the face of a global environmental crisis.

"Too often I go to UN conferences and I see NGOs try to impose their alternative and newly formulated methods of conservation on indigenous communities," Ms. Blaney said. "When actually, you don't really need to tell indigenous people how to conserve and take care of the land, it's just so inherent to our culture.

"It's very important to be proud of your identity … and feeling that sense of empowerment. Growing up as an indigenous person, I didn't get to see myself reflected in the pages of history books that I was taught from." 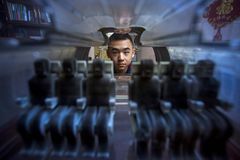 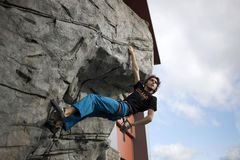 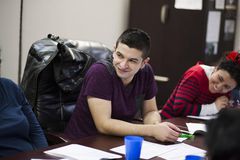 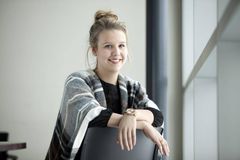 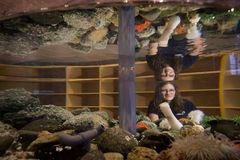 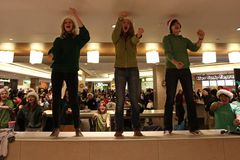 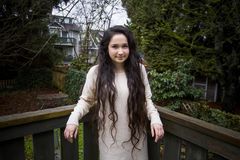