Shane Koyczan is in most scenes of a revealing documentary about his life, but the acclaimed spoken-word performer says he was troubled by what he felt was his lack of control in the project.

The 82-minute film, Shut Up and Say Something, is a candid and compelling look at one of Canada's most noted cultural figures. It focuses on his difficult childhood, a reconciliation with his long-estranged father and on meeting some family members for the first time, including a sister and nephew.

Mr. Koyczan, whose career took off after a much-lauded performance at the opening ceremonies of the 2010 Vancouver Winter Olympics, was raised in Yellowknife by his grandparents, and, until events recounted in the film, had not spoken to his father, Len, since he was a child.

Shut Up has screened to great praise at the Vancouver International Film Festival this year, including winning a #mustseebc award during VIFF. The film will be airing next spring on B.C.'s Knowledge Network, which financed the project.

But in an interview last week, Mr. Koyczan raised concerns about what's on screen. For one thing, there's a conversation with his newly discovered nephew that worries him. "It risks the personhood of my nephew for the sake of a narrative," he said.

He asked for it to be removed, but maintains he was rebuffed by the filmmakers, his friend Stuart Gillies and Melanie Wood. And, he says, he didn't watch the film during its key initial VIFF screening. "I don't watch videos of myself. I have some pretty bad body issues."

He did watch an initial cut of the film.

"I saw the movie once, but it was in a room full of people I really didn't know. It was a very personal thing. It was like, 'I don't know what you expect me to say right now.'"

Mr. Koyczan, 41, volunteered for all of this, developing the project with Mr. Gillies before Ms. Wood signed on to step up production.

Still, he concedes he may be a poor critic of his own film.

"I don't think anybody who gets a documentary made about them is ever going to be 100-per-cent satisfied with what comes out," Mr. Koyczan said from Penticton, B.C., where he lives.

"You're talking about thousands of hours of filming over the course of four years, then edited into 82 minutes. There's a lot of emotional excavation that nobody sees. All that film exists but nobody sees the other parts, like what it cost to do something like this, the emotional cost."

To some degree, Mr. Koyczan says the candour in the film is an extension of his artistry, which is built on spoken-word poetry evoking a tormented and often tragic upbringing. His childhood included being relentlessly bullied by other children in his hometown of Yellowknife and later when the family moved south.

Referring to the self-exposure inevitable in the film, he said, "This is what I do every night anyway. The visuals aren't always there, but the poetry all comes from an intensely personal place. I am used to sharing those moments of my life."

A fan of Mr. Kocyzan's for his visceral, honest approach, Ms. Wood said in an interview that she was looking for a personal story on which to hang the film.

"The initial premise, when it was brought to me, was 'Who is Shane Koyczan?' While I think that's a valid question, I really helped everyone realize we needed to strengthen that personal journey just like Shane does in his poetry. He doesn't take things lightly."

She said she urged Mr. Koyczan to be willing to reconnect with his father on camera. "That's a huge ask. Can you imagine if a TV crew said, 'Hey, we're going to come along while you go see your long lost whoever.'" The crew for what resulted generally consisted of her, Mr. Gillies and a technician.

"There were times along the way when [Mr. Koyczan] just preferred we weren't around, but often times it was easier for us to be there with him to get some of this personal work done. As he says in the film, we helped him not chicken out. In some ways, we were a catalyst."

She says there were scenes the filmmakers did not film due to Mr. Koyczan's objections, as well as filmed scenes he wanted cut. "In the end, I was able to say, 'I think it's a stronger film with this in it,' and he lived with that."

The challenge, she says, was to be in the right places at the right time, working within the bounds of Mr. Koyczan's schedule to get the needed footage. In the interests of finishing the film, she says, she had to push for Mr. Koyczan to go see his father in the Northwest Territories. "I needed it to happen before 2050," she quipped.

Len Koyczan is self-effacing, contrite and forthright about the choices in his life that distanced him from his son, leading to an astonishing climactic sequence in the film.

Ms. Wood called him remarkable. "He's the person who really amazed me in all of this. We know Shane. But I phoned [his father] and said, 'Hey, you don't know me from Adam but we want to come up and film when Shane comes up to meet you,' and he said, 'Yes.' Right away. That just stunned me. He was so open about his past and what had gone on and almost too willing to take blame."

Shane Koyczan says he is still figuring out his relationship with his father.

"Before I embarked on this process, it was always my story and his story. Now it really is our story. My story is very much a chapter of his and vice versa. We're in touch, which is more than I can say we ever were." 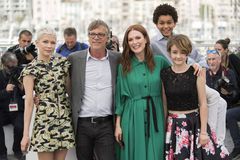 Documentary on Spirit of the West singer wins VIFF award
April 6, 2017
VIFF pick: Graduation is the flip side of Brexit as plotted by Ibsen
May 16, 2018 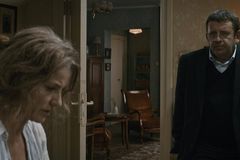