A documentary on the health issues facing the lead singer of the iconic band Spirit of the West is among the British Columbia titles that will be in the spotlight as part of the B.C.-focused programming of this year's Vancouver International Film Festival.

Spirit Unforgettable is about John Mann, who has been struggling with early-onset Alzheimer's, a medical situation that led the Celtic-inspired folk-pop-rock band to wrap up a 32-year run as a group with a concert series this year. Directed by Pete McCormack, it is one of 10 features at VIFF that make up the Ignite programming stream.

"It's a fantastic documentary," Curtis Woloschuk, a programming logistics manager with VIFF, said on Thursday in an interview, speaking of Spirit Unforgettable, to be screened during the festival, which runs from Sept. 29 to Oct. 14.

"You do get wrapped up in the story of not only [Mr. Mann's] diminishing ability to remember lyrics, but also the support system around him of fellow artists and people [with whom] he created art for so long."

Mr. Woloschuk said the film, which premiered at the Hot Docs Canadian International Documentary Festival in Toronto earlier this year, will have particular resonance to audiences in Vancouver given the band's roots here. "It's a film of significance to the people of the city because of the standing that the band has had here for so long."

There are nine other films in the Ignite stream.

"It's an incredibly diverse set of films that represents the people who have relationships with Vancouver audiences," said Mr. Woloschuk.

Nettie Wild's Koneline: our land beautiful is one of those films. It is about the Tahltan First Nation and explores life in their territory in northwestern British Columbia. Mr. Woloschuk noted that Ms. Wild's first film was screened at VIFF in 1988.

Hello Destroyer, a hockey drama, is the first feature by Kevin Funk at VIFF after six previous shorts by the filmmaker were screened at the festival. It will have its world premiere at the Toronto International Film Festival before screening in Vancouver.

There are four world premieres among the Ignite films.

They are: Cadence, a psychological thriller directed by Alex Lasheras; Keepers of the Magic, which is about the back story of iconic cinema moments, directed by Vic Sarin; the wedding comedy Marrying the Family, directed by Peter Benson; and Mixed Match, a feature-length documentary by Jeff Chiba Stearns about the issue of bone-marrow donations.

Other films include A New Moon Over Tohoku, a documentary about the devastating 2011 earthquake, tsunami and nuclear accident in coastal Japan, directed by Linda Ohama. And there's The Unseen, a thriller directed by Geoff Redknap, and Window Horses, an animated film directed by Ann Marie Fleming.

In addition, and outside of the Ingite stream, this year's VIFF will feature 15 new B.C.-made short films, most of them world premieres.

One new component of VIFF will be the Ignite Award, a $20,000 prize for one key female creative participant in a B.C.-produced feature or short. The award is being presented by Telus and the prize money can be used for a future production or for customized training to further advance the career of the award-winning creator.

VIFF to see a ‘big shift’ in programming and structure beyond film
August 16, 2016 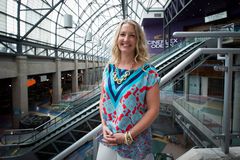 Film Review
Koneline: Our Land Beautiful studies life near a B.C. gold and copper mine
June 10, 2016 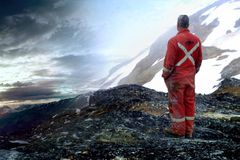 Spirit of the West gets a proper send-off with hometown finale
April 15, 2016 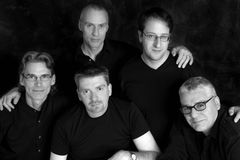