This should be the best of times for the B.C. Conservatives.

Polls continually show them in a statistical tie with the foundering governing Liberals. In recent days, Premier Christy Clark has had to answer hard questions about her leadership in the wake of a bevy of resignation announcements. One of those included former finance minister Kevin Falcon, widely seen as the conservative lynchpin crucial to keeping the Liberal coalition together.

More than anything, Ms. Clark has been unable to change the political conversation in B.C., which for months now has centred around the seeming inevitability of a major smackdown of her party in next May's election.

With all that going for them, you'd think the Conservatives would be flying high. Instead, they are battling negative headlines of their own. Despite taking the party from the depths of oblivion to the possibility of a forming the Official Opposition after the next election, Leader John Cummins appears to be facing some sort of mutiny.

Mr. Cummins doesn't seem particularly worried by a call from the provincial director of his party, John Crocock, for a leadership review. He's convinced he'll emerge as leader following the party's convention in September. This remains to be seen.

Among those believed to be in favour of change is John van Dongen, the former Liberal who defected to the Conservative ranks earlier this year. He won't say publicly whether he supports Mr. Cummins or not, which tells you everything you need to know about where he stands. Apparently, Mr. van Dongen is unhappy about some of the decisions that have been made by the 70-year-old Mr. Cummins, in particular the weathered cast of advisers with which he's surrounded himself.

They include former Newfoundland premier Brian Peckford, who is also 70, and Randy White, the former Reform and Alliance MP who is 64. While there is always something to be said for surrounding yourself with experience, some Conservatives believe Mr. Cummins's braintrust makes him and the party look musty and irrelevant.

And then there is Reed Elley, a pastor and former Reform MP who has made news in the past for all the wrong reasons – in particular, comments about homosexuality that were perceived to be narrow-minded and bigoted. It was precisely those types of socially conservative views expressed by candidates of Wildrose in Alberta that sunk the party's chances of forming government in the last election. Mr. Cummins, meantime, allowed Mr. Elley to become president of his party.

It may be the most boneheaded move he's made yet.

The fact is, those who say Mr. Cummins has made some questionable decisions since assuming the leadership of his party are right. His top strategists, while no doubt decent individuals, do not instill confidence that the leader is attempting to mould his party into a modern political institution that reflects a 21st-century view of conservatism. In fact, it suggests just the opposite.

Unquestionably, some of the impetus to push Mr. Cummins out has to do with the unexpected position in which the party finds itself; that is, on the verge, potentially, of making a historic breakthrough. There are some behind this coup attempt who no doubt smell an opportunity here and don't believe Mr. Cummins is the right person to take advantage of it. Worse, they think he might blow it thanks to an aged and insular-looking inner circle.

If there was an obvious successor to Mr. Cummins waiting in the wings, these mischievous backroom developments might have more currency. But there isn't any. Mr. Cummins's detractors insist that it's impossible to say who might step forward if the leader's position suddenly becomes vacant. Maybe Mr. van Dongen believes he's the right person for the job.

For now, political watchers will have to wait to see how this all plays out. A botched coup attempt could be deadly for the Conservatives and wipe out many of the gains they've made. That is a huge gamble to take. If Mr. Cummins is removed by a vote of the party and replaced by some anonymous, uninspiring alternative it could be just the development for which the B.C. Liberals have been waiting.

Those on the right flank of the Liberal coalition who have been parking their affections with the Conservatives might change their tune. They might decide that a flawed Liberal Party is better than a right-wing alternative that seems to be in complete disarray.

It may be that the Conservatives' troubles could just be the boost for which Christy Clark has been hoping. 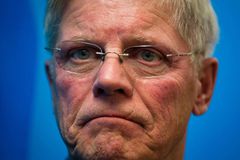 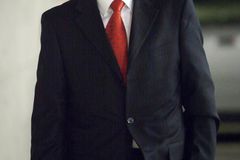 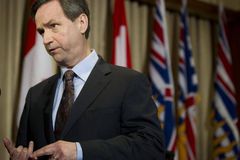 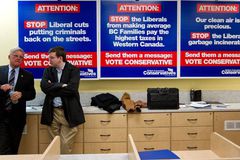