John Githongo and Rafael Marques de Morais have been fighting corruption for more than a decade. Mr. Githongo was a member of the Kenyan government when he exposed a $1-billion corruption scandal. He would come to fear for his safety and spend years in exile, before returning to Kenya in 2008.

Mr. Marques was arrested in 1999 for a magazine piece that criticized the president of Angola. He was convicted of abuse of the press, but his six-month prison sentence was suspended after an outcry.

Mr. Githongo and Mr. Marques were in Vancouver this week to receive the Allard Prize for International Integrity, which is awarded by the University of British Columbia's school of law. The two men were interviewed together by The Globe and Mail.

John, how would you assess Rafael's work?

Mr. Githongo: What Rafael has done has been unimaginable. [Angola is] one of the most closed, ruthlessly controlled regimes on the African continent. I remember a Nigerian colleague telling me, "Everyone talks about Nigeria being corrupt, Angola is the place." And I said, "What?" And I start hearing of Rafael and I say – total admiration – "Who's this crazy guy?" He's a guy who's actually writing about these things. So I think the whole of Africa, anyone who's involved in anti-corruption, knows of Rafael. Today's my first time meeting Rafael. One of my first questions, "How are you still alive, man?" [both laugh]

Rafael, how would you assess John's work?

Mr. Marques: If I got to that point, it was in part due to John's work. As I realized the extent of corruption in Angola, I came also to understand because of the tightly controlled system we had of information in the country and the control of the media outlets, that the information that came out was usually either by foreign journalists or international NGOs. The first time I came to realize it was possible for an African to really take corruption head-on was when I started reading about John. And I said, "Well, if this man is there doing this work, why can't I?"

On threats to their safety and liberty

The first question I ask myself every day: What have I done wrong to deserve to be persecuted, abused, humiliated? Am I a lesser human being because I want just a normal country with a normal functioning government? In 2013, 54 special police forces [officers] surrounded me. I was coming out of a courtroom to interview some protesters. And I was taken to the headquarters and stomped on by the commander, my back, while they were filming it. To show if this is the guy who has an international reputation, look what we can do to him.

When I go to hotels or restaurants, within minutes there will be people there, sitting, that I know, they came for me. There is a danger to life, there is a danger to everyone around. In my case, people around me, friends, have been co-opted to spy on me and betray me, so you feel very vulnerable. … In May, I went to fix the car at the mechanic just down the road. And some members of the ruling party were there fixing their cars as well and when they saw me they told the mechanic, "Why are you fixing this man's car? The day we come to shoot him, you can be collateral damage."

Mr. Githongo: I was fortunate – by the time I went into exile I wasn't married. I got married afterward. My choices perhaps would have been very different had it not been for that. … Even now, moving around at night – you don't wake up and decide to drive halfway across the city in the middle of the night, alone, without telling people you've left and where you're going.

On challenges in their countries today:

Mr. Githongo: Kenya faces a serious threat from a group called Al Shabaab, which is an offshoot, a franchise, of al-Qaeda in Somalia. We have found ourselves underprepared because in 2001, in 2002, 2003, we ate the contracts [security contracts were awarded to fake firms]. Now we have hundreds of attacks per year within Kenya. It has changed our way of life. For me, that's the most upsetting. … Within a short space of time you can now not walk into a supermarket without being searched. You cannot walk into any office buildings without being searched. For me, that is the worst, that our way of life has been changed because of corruption that has allowed this group to have that amount of freedom.

Mr. Marques: You see an Angola that was a rising star in Africa, as one of the 10 fastest growing economies in the world. The oil prices plummeted and that narrative died suddenly. No provisions were made to diversify the economy, to structure the state institutions in a way that they would survive the shocks of the market. And now we're in a situation as we speak … skyscrapers are empty, because they built some of these buildings to sell apartments for as much as $10-million when the majority of people don't make $100 a month. Now we're having a shortage of food, because we import everything. … I've built a database of how these individuals in the government, some of them grabbed as much as 340 kilometres square of arable land. Of that chunk of land, they use 200 acres. The rest is to have it in their names, and wait for the foreign investor.

The UBC award is for the work you've already done. But where will your work take you next?

Mr. Githongo: There are new things to come. I will not go into so much detail at this stage, simply because of their nature. … I'm no longer doing it for myself and my generation. It's about tomorrow now. What can we do now so that my nieces, nephews, are able to live in a safer society that is governed by the rule of law and they don't have to be hustlers. … I have grown up in a generation where government owns the most critical information. And you plead with them, you steal from them, you then release it, get into trouble, you are sued, you are followed, you are threatened, you are shot at. This generation, this is the Snowden WikiLeaks generation. Their attitude is let it all hang out, we don't trust these bureaucrats, these suits. Their skepticism with order, for me, is tremendously refreshing. Partly because it's not an act, it's in their DNA.

Mr. Marques: It's lifetime work and what one looks at is ways of engaging the younger generation to be more concerned about these issues so that it's not something that gets lost. Because the only way we will make a difference is when those fighting corruption are more than the corrupt. 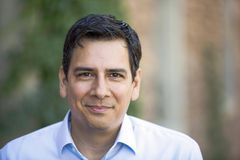 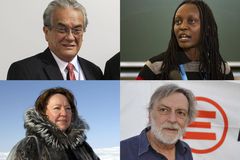 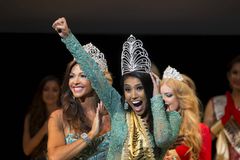