Police in Metro Vancouver issued warnings to the public over the weekend after unrelated sexual assaults on women in two different parts of the city, including one in which the victim got into a vehicle she mistakenly thought was a taxi.

Constable Brian Montague of the Vancouver Police Department said a North Vancouver woman "was severely beaten and sexually assaulted" after she hailed a taxi in Gastown at about 2 a.m. Saturday and "an older model dark minivan with sliding doors on both sides" pulled to stop.

The vehicle wasn't marked as a taxi, Const. Montague said in a statement, but the 25-year-old woman didn't realize that until it was too late.

"She flagged down what she believed to be a cab … and got inside," the statement read. "She was driven to an area in East Vancouver where she was sexually assaulted."

The VPD issued a warning to the public, describing the assailant as an Aboriginal man, 35 to 39 years of age, about six feet tall.

"He is fat with a big belly, about 230-250 pounds and a shaved head," said Const. Montague, who urged anyone with information about the assault to call police.

There was also an attack at the University of British Columbia at 3:30 a.m. Sunday when a 20-year-old female student was assaulted as she was returning to her apartment. It was the second such assault at UBC in recent weeks, following a sexual assault on a 19-year-old who broke free after a man grabbed her as she walked along Biological Sciences Road at 2:45 a.m. on Sept. 28.

Sergeant Drew Grainger of the RCMP detachment at UBC said in a statement the woman attacked Sunday "was approached from behind by an unknown male who emerged suddenly from a stairwell within the building where the woman lived."

Sgt. Grainger said the man, described as a Caucasian, mid- to late-20s and of medium build, grabbed the woman and attempted to pull off her coat, but she fought back and escaped.

"The woman struggled and managed to break free … and screamed for help, causing the male suspect to flee," he stated.

Sgt. Grainger said the woman was unharmed and did not require medical attention.

A warning to the public was also issued Friday in Burnaby, where the RCMP are investigating a series of three assaults where women were grabbed by a man wearing a mask. The attacks have all taken place in the area of Lougheed Highway and Government Street in Burnaby since Sept. 18, the RCMP said.

"Burnaby RCMP are warning the public and want to encourage all individuals to exercise caution when walking in the area late at night. Women are encouraged to travel in pairs," said the police statement.

The RCMP said that in all three Burnaby incidents "the women resisted and/or screamed," and the assailant fled on foot. The man, who had a black mask over his face, is described as being of slim build and of unknown ethnicity. 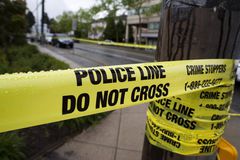 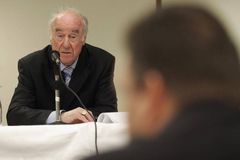 new
Not so easy to walk away, witness tells prostitution-ring trial
May 11, 2018 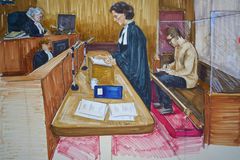