The case of a young woman who had her throat slit for love in an alleged honour killing in India will be at the centre of the Supreme Court of Canada's winter session of hearings, which begins Wednesday. It is a session with several high-profile cases, including two in which the importance of stopping violence against women goes up against competing principles – the right to a fair trial, and to be protected from torture or neglect in foreign prisons.

Honour killing and extradition to a foreign jail, March 20

It's a Romeo and Juliet story, highlighting hot-button issues of immigration and values in the air in Europe, the United States and Canada.

Jaswinder Kaur Sidhu, 24, who lived in Maple Ridge, B.C, married a man beneath her caste and fled to a tiny village in India to be with him. Travelling by motor scooter, they were waylaid on the road by a group of assassins in a car. Ms. Sidhu died when they cut her throat; her husband was beaten. In Attorney-General of Canada on behalf of the Republic of India v Surjit Singh Badesha, et al., India is trying to extradite her mother, Malkit Kaur Sidhu, and uncle, Surjit Badesha. (They were among 13 charged in her death. Three were convicted of murder and sentenced to life in prison.) It pits the need to protect society against brutal murders against the need to protect the basic rights of accused people once they are out of Canada's control.

The pair argued in B.C. courts that India couldn't be trusted to give them a fair trial, not to torture them in its jails and not to execute them if they were found guilty. Canada received diplomatic assurances from India that the mother and uncle would not be tortured or executed and that Canadian consular officials would have unrestricted access to them in jail and during court proceedings. The trial judge said there was enough evidence to send them to India for trial, but the B.C. Court of Appeal, in a 2-1 ruling, rejected India's assurances that they would be treated properly in jail, while accepting the country's other assurances.

The Attorney-General of Canada said in a legal filing the appeal court had taken "the unprecedented step of reviewing and condemning" the jails of an extradition treaty partner, not for one prison or region "but for the Republic of India as a whole."

"I think it's a case with incredibly high stakes," says Nikos Harris, who specializes in criminal law and the law of evidence at the University of British Columbia's Allard School of Law. "They're really commenting on the integrity of another country's justice system." He called the B.C. appeal court's rejection of India's assurances "a very bold statement from a court," and said that if the Supreme Court upholds it, extradition to India in other cases may become difficult or impossible. He noted that the appeal court offered alternatives: seek more meaningful assurances from India, or try the pair in Canada.

The law of sexual assault, March 21

It may seem as if the court's newest member, Justice Malcolm Rowe, appointed this fall, is on trial at the hearing in R v S.B. He won't be, but a ruling he wrote last year in a sex-assault case will take centre stage. Justice Rowe sided with the male accused over the female complainant in a 2-1 majority decision when he was with the Newfoundland and Labrador Court of Appeal. The case arrives as the justice system's fairness toward complainants is being widely debated – for instance, as Federal Court Justice Robin Camp fights to keep his job after asking a rape complainant why she didn't keep her knees together.

R v S.B. is an exceptionally nuanced case. A veteran trial judge allowed a jury to hear evidence of the complainant's prior sexual activity. Under Section 276 of the Criminal Code, such evidence is permitted under limited circumstances. All three judges of the Newfoundland and Labrador Court of Appeal said the judge was wrong to allow it in, in the circumstances of the case. (The jury read a transcript of a sex video made by the accused and complainant, who were husband and wife.) But two of the three judges, including Justice Rowe, upheld the jury acquittal anyway. Juries don't give reasons for their verdicts, and Justice Rowe said the jury may have found the complainant damaged her credibility through false testimony.

The case will be an important marker for the Supreme Court in a hotly contested area of law. "The whole field of sexual-assault law seems to be caving in on itself under the sheer weight of the rules (and the cultural norms) regarding credibility and proof," says Constance Backhouse, who holds the Chair in Sexual Assault Legislation at the University of Ottawa's law school.

"I don't think anyone has a clear analysis, or simple answers to how to find a path to higher ground on these troubling issues. The interests and perspectives of those victimized by sexual assault, and the interests and perspectives of those accused of sexual assault, are often at opposite ends of the pole. The citizenry is confused and uncertain. The judges are conflicted. The judges don't agree on how these decisions should come out. And no wonder."

A coda to the long-running drama around theatre impresario Garth Drabinsky's publicly traded Livent Inc., producer of The Phantom of the Opera, in which Mr. Drabinsky, convicted of fraud, was sentenced to five years in prison, and company co-founder Myron Gottlieb received a four-year term. Deloitte & Touche (now Deloitte LLP) prepared the company's financial statements as its auditor from 1989 to 1998. In 2001, after the company had been sold and went bankrupt, its receiver sued the auditor, alleging it had been negligent in not uncovering the fraud. The trial judge in Deloitte & Touche v. Livent Inc. awarded the receiver $85-million in damages, and Ontario's appeal court dismissed the appeal.

Toronto business lawyer David Vaillancourt, who was not involved in the case, says it has been difficult for shareholders to sue company auditors since a 1997 Supreme Court ruling, but the court could choose to throw out that precedent (known as Hercules Managements v. Ernst & Young) and "open up a broader right of recovery by shareholders against the auditors of public companies."

A federal law barred Canadians from voting in federal elections if they have lived abroad for more than five years. In Gillian Frank, et al. v. Attorney-General of Canada, two Canadian academics at Ivy League universities say that law violated the constitutional right of all citizens to vote. One judge of the Ontario Court of Appeal agreed, saying the law turned them into second-class citizens, and that even federal prisoners have a constitutional right to vote; but two judges said the government had put a reasonable limit on that right, because expatriates don't live with the daily consequences of their voting decision. The Liberal government has since introduced a law to repeal the legislation barring voting from abroad, but it has not passed yet. The government argues the case is now moot; the court has not decided yet whether it is.

In two cases, the court will decide whether gun- and drug-trafficking convictions can stand where the police obtained text messages not from the person who sent them but from the phones of accomplices or buyers. The question in R v Marakah and R v Jones is whether people have a reasonable expectation of privacy in their text messages after they reach their destination and are out of their control. Ontario Court of Appeal Justice Harry LaForme, dissenting in R v Marakah, would not have allowed police to view the texts without a warrant, calling texting an "increasingly central element of the private sphere that must be protected" under the Charter of Rights.

The law of discrimination, March 28

On a road-improvement project in British Columbia, a consulting engineer from one company was exposed to insulting, derogatory behaviour by a foreman from another company. The foreman, Edward Schrenk, repeatedly mocked the place of birth, religion and sexual orientation of Mohammadreza Sheikhzadeh-Mashgoul, who was his supervisor. When the engineer's employer complained to the foreman's employer, Mr. Shrenk was fired. Mr. Sheikhzadeh-Mashgoul complained to British Columbia's Human Rights Tribunal about Mr. Shrenk, and the tribunal upheld his complaint. But British Columbia's Court of Appeal unanimously said the tribunal had no jurisdiction because Mr. Shrenk was not in a position to force him to endure the insults. "Not all insults inflicted upon employees, even in the course of their employment, amount to discrimination regarding employment," it ruled. The Supreme Court, in a website posting, says a key question is whether discrimination in employment refers only to "relationships marked by economic power imbalance." 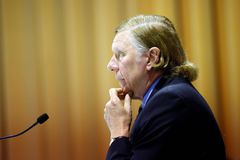 Canada’s top court to weigh in on extradition in slaying case
August 11, 2016 Can Garth Drabinsky make good on his next musical comeback?
July 22, 2016 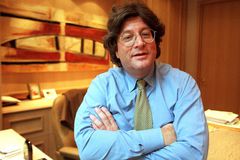