A Chinese man accused of being the "directing mind" behind a corporate-espionage conspiracy to steal jet-fighter secrets from Pentagon contractors is a Canadian immigrant who is being stripped of his residency status.

Su Bin, 48, a Beijing businessman with a home in Vancouver, will find out in a B.C. court on Wednesday whether he will get bail. U.S. officials allege he gave instructions to hackers in China that helped them zero in on which secrets to steal from the computers of Boeing Co. and other firms for the benefit of Chinese aviation companies.

The FBI allegations against Mr. Su, which were made public earlier this month, concern intercepted e-mail conversations dating back to 2009 with two professional computer hackers in China. He is charged with conspiring to gain unauthorized access to a protected computer.

The allegations highlight a growing fear among intelligence officials that North America's military and industrial edge is being dulled by immigrants who are accepted as legitimate professionals but seek profit in illegally moving secrets overseas.

In Canada, Mr. Su was flagged as a potential immigration cheat last year, but federal officials were unable to strip him of his status immediately. He was accused of spending too much time outside the country, but he appealed last year. No date for a hearing had been set when the U.S. espionage charges were laid.

The case could bring renewed pressure on Ottawa from the United States to tighten up on immigration controls and loosen restrictions on sharing data. Officials say stepped up security measures are in place at the Canada-U.S border, but blind spots remain, particularly regarding whether immigrants are actually staying in their new country.

"Residency enforcement has always been really difficult, " said Colin Robertson, a former Canadian envoy to Washington. He said Ottawa officials do not have efficient ways of finding out whether new immigrants spend more time outside the country than they are allowed. He said border officials need to do more to enforce the requirements, and that appeal processes can slow the removal of a person's permanent residency status.

Mr. Su, whose bail hearing for his U.S. extradition case began on Friday, is the "directing mind," of a major conspiracy, Crown counsel Stacey Repas said.

The U.S. charges laid out by California FBI Special Agent Noel Neeman in a sworn a 50-page court-filed affidavit portray Mr. Su as manager of a small hacking team based in Beijing. He is alleged to have written in e-mails to the two team members that they could reap "big money" if they could sell U.S. secrets to Chinese aviation companies. Court documents say he told them the scheme would help "all of us to rapidly catch up" with U.S. technology and "stand easily on the giant's shoulders."

While not accused of being a hacker himself, he is alleged to have sent the other two suspects e-mails titled "target." Some of the messages included e-mail addresses of Americans involved in sensitive research that prosecutors allege were for infiltrating computer networks.

The FBI did not name the two Chinese hackers. Their affiliation is unclear.

The FBI affidavit says the hackers were going after secrets regarding C-17 GlobeMaster transport jets, C-22 Raptor fighters and even prototype F-35s – the jet that Canada and other allies have considered buying.

The FBI says the Chinese hackers were meticulous, even writing postmortem reports that the team effort garnered gigabytes of valuable U.S. secrets. "We safely smoothly accomplished the entrusted mission … making important contribution to our national-defence scientific-research development," one said.

Mr. Su is the second Chinese national jailed in Canada on military-spying charges in eight months. He was profiled in a Wall Street Journal story in 2012 about entrepreneurs who would soon be emigrating from China.

In the article, Mr. Su said from Beijing he was a multimillionaire aerospace engineer about to move to Vancouver. He was quoted as saying he hoped he and his family could escape corruption and communism: "Regulations here mean that businessmen [in China] have to do a lot of illegal things."

A few months after the article was published, he and his wife bought a $2-million, 6,500-square-foot house near Vancouver's airport. The home is adorned with red banners bearing golden Chinese characters.

Canadian officials would not say when Mr. Su got residency status. He told the Journal he first visited in 2003 briefly to work as a car salesman. His lawyer said in court on Friday he has been considered a permanent resident of Canada since around that time.

Mr. Su, according to the FBI and his own corporate websites, runs a business called Lode-Tech in Beijing, where he also advertised himself as an overseas sales rep for Western companies.

Red flags went up about his residency status because Canadian rules require new immigrants to spend at least 40 per cent of their time inside the country.

Ottawa officials accused him of not meeting this benchmark, yet they often have no way of documenting immigrants' prolonged absences – Canada lacks exit controls at its borders. Often, the immigrants themselves tip Ottawa to long absences by showing up at Canadian embassies abroad to ask for travel documents or other help.

Immigrants whose status is at issue are entitled to in-person hearings.

"I can confirm that Su Bin filed an immigration appeal in November, 2013," said Melissa Anderson, a spokeswoman for a federal tribunal. She said no hearing date had been fixed.

The FBI says that the China-based hackers launched attacks from compromised U.S.-based servers. They also used "phishing" techniques, a type of hacking that involves fooling a "target" into opening up malware in an e-mail attachment.

The hackers were well resourced. The FBI says the intercepted e-mails suggest someone had bankrolled them 6.8 million yuan – equivalent to about $1-million.

The 2012 postmortem report written by the China-based hacking team says Boeing's computer systems were difficult to breach. Yet "through painstaking labour and slow groping we finally discovered C-17 strategic transport aircraft related materials stored in the secret network," it says, according to the FBI affidavit. 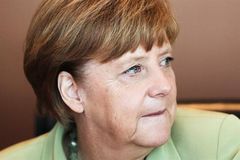 Follow Colin Freeze and Alexandra Posadzki on Twitter @colinfreeze @alexposadzki
Report an error Editorial code of conduct
Due to technical reasons, we have temporarily removed commenting from our articles. We hope to have this fixed soon. Thank you for your patience. If you are looking to give feedback on our new site, please send it along to feedback@globeandmail.com. If you want to write a letter to the editor, please forward to letters@globeandmail.com.
Comments