Healthy baby boomers should not be tested for hepatitis C unless they have risk factors such as a history of intravenous drug use, according to a federal task force whose new recommendations are being excoriated by liver doctors, including the Canadian who discovered hepatitis C.

The Canadian Task Force on Preventive Health Care, an influential panel that crafts guidelines for family physicians, on Monday released its first-ever recommendations on screening for hepatitis C, a virus that can lurk silently for decades before wreaking serious damage on the liver.

Most of the task force's advice is uncontroversial: The panel suggests that blood tests for hepatitis C be reserved for those at elevated risk of contracting the virus, namely people who have used injection drugs, spent time in prison, received blood products before 1992 or immigrated from countries where hepatitis C is more prevalent than it is in Canada.

But the task force rejected calls from hepatologists to go further and screen all the baby boomers who may have been exposed in the middle of the last century, when the then-unknown hepatitis-C virus spread via the reusable glass and metal syringes common in the medical world at the time.

"It makes no sense to me. Why wouldn't you want to find carriers of this virus?" said Michael Houghton, a hepatitis virologist at the University of Alberta and the leader of the team that identified hepatitis C in 1989. "To me, it's a classic whitewash."

The quarrel over hepatitis-C screening is about more than the ordering of a simple blood test. The fight is really about how best to use the limited money available in Canada's public health-care system.

Roland Grad, the Montreal family doctor who led the task force's working group, said the panel decided against testing baby boomers for two reasons: the lack of high-quality evidence for such screening in the medical literature; and the prospect that more screening would lead to more demand for an expensive new generation of drugs that can cure hepatitis C in up to 95 per cent of cases.

The task force's study, published Monday in the Canadian Medical Association Journal (CMAJ,) argues it would be wrong to test all baby boomers when plenty of them would either fail to qualify for publicly funded treatment or die of other causes before developing the end-stage liver disease that chronic hepatitis-C infection can cause.

"In a publicly funded system like ours in Canada, resource use is an important consideration," said Dr. Grad, also a professor at McGill University. "Especially when you realize that there are baby boomers in Canada who've already been identified as hepatitis-C positive who have been waiting many years for treatment that they do not qualify for. We already have a backlog."

As many as 245,000 Canadians have chronic hepatitis-C infection; an estimated 44 per cent of them don't know it.

Morris Sherman, a hepatologist at the University Health Network in Toronto and the chairman of the Canadian Liver Foundation, called the task force's guidelines "a dreadful document" that will hurt Canada's commitment to ending hepatitis as a public-health threat by 2030.

He was one of five experts asked to review the draft recommendations who later withdrew their names in protest from the acknowledgments section of the CMAJ paper.

The Canadian Liver Foundation has been urging everyone born between 1945 and 1975 to be tested for hepatitis C since shortly after the United States Centers for Disease Control and Prevention (CDC) made a similar recommendation in 2012. (The Canadian Liver Foundation receives some funding from companies that make direct-acting antivirals, but the charity says the industry does not influence its positions.)

Dr. Sherman said the Public Health Agency of Canada (PHAC), which funds the task force, was preparing to follow the CDC's lead in 2014 when it encountered resistance from provincial governments worried about the high cost of the new direct-acting antivirals, which have a sticker price as high as $100,000 for a three-month course of curative treatment.

In a statement to The Globe and Mail, PHAC confirmed a draft recommendation to test people born between 1950 and 1970 was indeed circulated in 2014 and then withdrawn.

Federal Health Minister Jane Philpott, who assumed the portfolio the following year when her Liberal government was elected, said she supports the task force's guidelines.

"They're actually very much in line with many other jurisdictions, including the United Kingdom," she said in an interview with The Globe. "They're based on what would be the best way for us, given our Canadian context, to most rapidly identify people who are as yet undiagnosed."

Since the 2014 draft was kiboshed, the true prices of direct-acting antivirals have dropped significantly, thanks to a confidential pricing deal that the provincial, territorial and federal drug plans reached with three pharmaceutical companies in February.

The secret, cheaper prices have already led two provinces, Ontario and British Columbia, to say that by next year they will extend public coverage of direct-acting antivirals to all hepatitis-C patients, regardless of the severity of their disease.

Dr. Grad said that if more provinces move to cover direct-acting antivirals for all patients with chronic hepatitis-C infection, the task force may reconsider its recommendations in the future. 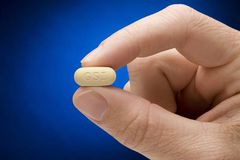 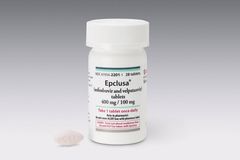 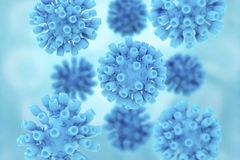