For the family of Loretta Saunders, it has been an emotional two weeks of searching, hoping and praying that the missing Saint Mary's University student would be found alive. She was not: On Wednesday, police located the body of the 26-year-old, dumped in the median of the Trans-Canada Highway in New Brunswick.

Victoria Henneberry and Blake Leggette are already in custody in Halifax in connection with Ms. Saunders's disappearance on Feb. 13. They are set to appear in court Friday morning.

"It's completely tragic," said Halifax police Constable Pierre Bourdages. "The parents and family, friends … believed, we as well, that Ms. Saunders was missing and were making every effort to bring her home alive. Now unfortunately, it's turning into a homicide investigation."

Ms. Saunders family, many of whom have been in Halifax searching for her, did not comment. A spokeswoman for the family, Cheryl Maloney, president of the Nova Scotia Native Women's Association, asked that they be given time to deal with the news.

The case of Ms. Saunders – an aboriginal woman who was studying criminology at SMU and planning to write her honours thesis on missing and murdered indigenous women – moved quickly on Wednesday afternoon. About 90 minutes after announcing they were treating Ms. Saunders' disappearance as a homicide, police sent out the release saying they had located her body in a wooded part of the median of the highway just west of Salisbury, a village of 2,200, 25 kilometres west of Moncton.

Mr. Leggette, 25, and Ms. Henneberry, 28, were arrested Feb. 18 in Ontario on charges of auto theft, after Ms. Saunders' car was discovered in Harrow, near Windsor.

Mr. Leggette and Ms. Henneberry were subletting Ms. Saunders' 10th-floor apartment in a high-rise building in suburban Halifax. This is where she was last seen. She left her boyfriend's apartment the morning of Feb. 13 and it was believed she was going to try to collect rent money the couple owed her.

Not much is known about the pair, who have been described as "nomadic." Ms. Saunders's family did not know them.

The break in the case came on the same day as police investigators were questioning Ms. Henneberry. She is to be in provincial court Thursday. Mr. Leggette was questioned by investigators on Monday. He is to appear in court for a bail hearing on Friday. Constable Bourdages would not say if any new charges were being laid against the two.

Ms. Saunders, described as bright, lively and possessing a strong spirit, was one of eight siblings from a close-knit Inuit family from Happy Valley-Goose Bay, Labrador. She had lived in Halifax for the past three years and was passionate about the subject of missing aboriginal women. "To me knowing her personally and seeing how driven she was … when I think about her and what she wants to do, it just becomes heavier knowing the way in which forms of violence work against indigenous women, in particular," said professor Darryl Leroux, her thesis adviser at SMU.

Seven members of her family – sister, brothers, an uncle, cousin and her aunt – came to Halifax to search, as did friends from Labrador. They papered the city with more than 2,000 posters, pleading for any information. More than 100 people came out on a bitterly cold night Tuesday for a vigil for Ms. Saunders.

A headquarters was set up in the city's north end in a donated building. At an emotional news conference Wednesday night, Ms. Maloney thanked the community for its support. She said Halifax and Nova Scotians had "all fell in love with this girl."

For several days after Ms. Saunders was last seen, her family continued to receive text messages from her phone. The messages were curious and not really clear. There was a cursory "hey" from Loretta's phone to her sister. There were a couple of texts to her boyfriend asking detailed questions about her online bank account. Her mother was growing concerned – and five days after she was last seen, police were alerted.

"I know that people probably question why it took so long [to contact police]," said Barbara Coffey, Ms. Saunders' aunt, who is a social worker in St. John's. "But the thing is we had been getting text messages from her … [the] the family has been sending messages to her. There have been responses coming back. When it started getting more questionable … my sister started the process." 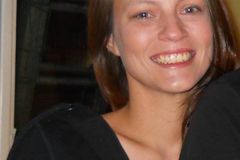 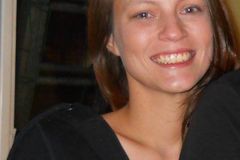 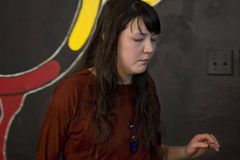 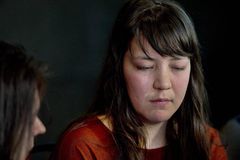