The personable, yet fiery critic from Newfoundland remains proud of that 1998 decision as he bids farewell to listeners after 21 years as host of CBC's Cross Country Checkup.

"I thought that was wonderful — and in a sense, defying the storm of the world's media — that a bunch of Canadians were chatting about whether recall in B.C. was the greatest thing of all," he said in an interview on Tuesday.

The 68-year-old closed the show on Sunday by announcing his retirement from the popular open-line program after spending far longer than he ever contemplated in the chair.

He decided to depart after the show's 50th anniversary program aired from Saskatoon in June.

"That solidified some of my own thinking and I said, 'Let's not keep doing this just because you're there,"' he said.

"Let's let people have a rest and have someone new."

The high-profile host with impeccable diction and an unmistakable voice rose to the limelight almost by accident, he said.

After lending a helping hand one afternoon at private radio station VOCM in St. John's, the manager asked Murphy to backfill a talk show while its personality went on vacation.

He spent a month in that job in the early 1970s before he was catapulted into a five-days-a-week gig with CBC Radio's Here and Now.

Murphy debuted as full-time host for Cross Country Checkup on Aug. 7, 1994, and quickly became a Sunday fixture for audiences spanning the country.

"I don't think we were an exciting show, but I think it was a very friendly one, and for that I was very pleased," he said.

Murphy fondly recalls events that galvanized vast numbers of Canadians to dial in, including the deaths of former prime minister Pierre Trudeau in 2000 and Cpl. Nathan Cirillo on Parliament Hill last fall.

But he was equally affected by standout callers such as a retired teacher he allowed to talk for 17 minutes and the 10-year-old whose elocution was "so smart and self-possessed."

Listening to Canadians weekly over years provided Murphy a portrait of the country, he said.

"You get a sense of how the citizenry like to deal with things. What gives you the most satisfaction is the tempered nature of Canadians, even when they're disagreeing," he said.

Murphy has moderated many great debates over the airwaves, but he's also faced controversy off-air.

He will continue to "simply dismiss" complaints made by members of the public — as reported by the CBC ombudsman in March 2014 — that he was in a conflict of interest for paid speeches at oil industry gatherings.

"The oil thing is just very simple. I am a freelancer, I have opinions," he said. "The oil (speeches) only got controversy because people don't like you saying good things about the industry that gives a lot of jobs."

He said the oil boom saved many of his friends and fellow Newfoundlanders from economic ruin when the east coast fisheries collapsed.

But he's not interested in any role deciding his replacement at Cross Country Checkup, he said.

He just hopes the show will keep its "civil, moderate" tone.

This Sunday will be Murphy's last day on air. He will continue broadcasting his signature commentaries on CBC's The National. 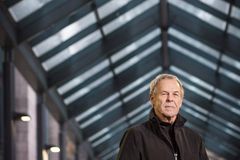 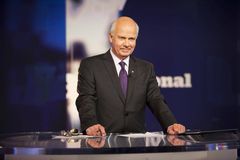