Welcome to Morning Update, The Globe and Mail's revamped newsletter for the day's big stories. Let us know what you think.

Defiance, and fear, at the Women's March on Washington

The massive turnouts at women's marches across the U.S. and around the world on Saturday have helped open up an important conversation about human rights, Sarah Hampson and Elizabeth Renzetti report from Washington. The mood on the ground was defiant: "This is when we assert our humanity," one protester said. "There is light and there is dark in this world, and sometimes you have to go to the darkest place to find the light again." Others, meanwhile, expressed concern: "As a black woman, I don't feel safe at the moment," said Erin Collins. "It's important that we show up, and tell the world that it's not okay for our president to be racist, sexist and xenophobic."

A tech takeover that could be a boon for China

China could undermine a Western military advantage if a Hong Kong firm is allowed to acquire a Montreal high-tech company, according to a 2015 national security review obtained by The Globe. While the Harper government wanted to cancel the deal, the Liberals have reopened the case. If approved, O-Net Communications, which has ownership ties to the Chinese government, would gain access to the laser technology developed by Montreal's ITF Technologies.

Gambia and the state of African democracy

After pressure from fellow West African nations, Gambia's long-ruling dictator Yahya Jammeh fled the country Saturday. He lost the December election to Adama Barrow, but appeared set on clinging to power. Even though this was a victory for democracy in Gambia, don't view it as a sign of things to come elsewhere. Many African countries, including Zimbabwe, Burundi and Equatorial Guinea, where Jammeh fled, have plenty of concentrated wealth and military power. They won't be rushing to hold fair elections.

With the Trump administration pledging to bring back auto jobs to the U.S., there are concrete things federal and provincial governments can do to make the Canadian market more attractive for car makers. Economic incentives combined with marketing and a local champion helped Ontario land a new $1.2-billion Toyota assembly plant. A similar strategy could result in more successful bids, according to a new study.

"I've sort of become the poster girl for hatred when it comes to Brexit," says Gina Miller, whose legal challenge on the logistics of the U.K. leaving the EU will be ruled on by Britain's Supreme Court on Tuesday. The court is expected to vote in her favour, which could force Prime Minister Theresa May to go through Parliament instead of triggering an exit on her own. Miller, a citizen who campaigned for the Remain side during the referendum, received death threats and has used police protection after the case thrust her into the public spotlight.

"Every indication is that the new President intends to veer to the right, but already there are indications that things could go very wrong for Trump, as they have for many presidential predecessors who had big plans for their first hundred days only to find them turn to dross … complete control of the power tillers of Washington doesn't always mean smooth sailing for a president who reaches the facile conclusion that he thus is at the helm of the capital; the weekend marches reminded him that his country is divided, bitterly and vocally." – David Shribman (for subscribers)

The Women's March and the intoxicating power of protest

"'You won't win people over,' protesters are chided, 'You won't make any new friends,' to which I say, this ain't political Tinder. Sometimes you don't go out to make new friends. … Protests are part mundane industry conference, part triumph of the human spirit. They can educate and galvanize participants, although not of course all participants. Don't be silly. Marches can apply political pressure. I saw accusations that the protesters were merely 'attention seeking' to which I can only say, 'Yes, Einstein.'" – Tabatha Southey

Balance: The fourth pillar of fitness

When it comes to fitness routines, we usually talk about cardio, strength and flexibility. But great balance is equally important: It helps prevent injuries and even improves your posture. You can start by doing step-ups with your gym's Bosu (that half-ball object).

Jan. 23, 1867: Railways were the physical links that held together the settlements of a new nation. In January, 1867, the eastern rail network was expanding as engineer Sandford Fleming worked to finish an extension of the existing Nova Scotia Railway line between Halifax and Truro, to reach Pictou on the Northumberland Strait. More than 20 miles was complete, The Globe reported, and everyone who rode the new stretch noted its "remarkable smoothness and ease with which the cars travel" and the "immense strength as well as the beauty of the masonry along the line of road." Work was about to begin on another branch to the Annapolis Valley – a project which "in conjunction with Confederation, would certainly double land values in Western Nova Scotia," The Globe said. The NSR became part of the Intercolonial Railway that linked the Maritime provinces to Ontario and Quebec. – Richard Blackwell 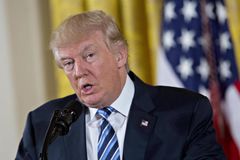 New advisory committees could change the face of Canada’s judiciary
January 22, 2017
Follow us on Twitter @globeandmail Opens in a new window
Report an error Editorial code of conduct
Due to technical reasons, we have temporarily removed commenting from our articles. We hope to have this fixed soon. Thank you for your patience. If you are looking to give feedback on our new site, please send it along to feedback@globeandmail.com. If you want to write a letter to the editor, please forward to letters@globeandmail.com.
Comments