Canada Post and the city of Hamilton are bracing for battle – and municipalities across the country are watching to see who wins.

The fight is over just how much of a say local governments can have over where new community mailboxes can be installed, with the city southwest of Toronto saying the Crown corporation is not respecting local regulations.

Amid mounting concerns over safety, privacy and litter, the dispute between the mail service and the city is now headed to court.

Canada Post is already facing a lawsuit from a union representing postal workers that wants the Federal Court to declare the cancellation of home delivery unconstitutional. And a group of Montreal-area mayors last week said they were considering joining the action, accusing Canada Post of ignoring their concerns.

In Hamilton, local officials say their dispute with the mail service has broad implications.

"This really is a national debate," said Hamilton councillor Terry Whitehead, who has been dealing with a slew of resident concerns over the mailboxes. "Do municipalities, who are basically the government of the grassroots, have the right to create standards in the communities that Canada Post and utilities must follow?"

In the face of declining traditional mail volumes, Canada Post announced a plan in December 2013 to end door-to-door delivery and gave itself five years to implement the move to community mailboxes. About 100,000 made the transition in 2014, and another 900,000 households are expected to switch to community mailboxes this year.

Canada Post says it told Hamilton of its intention to transition about 36,000 households to community mailbox delivery in June 2014. It says it met repeatedly with city officials to seek input on mailbox locations and has tried to address constituent concerns.

But somewhere along the way, as the mailboxes have been installed on strips of municipal land alongside homes, relations between the city and the mail service have turned rocky.

After hearing complaints over safety, privacy, litter and traffic when the mailboxes are installed in what they consider less-than-ideal locations, Hamilton's city council amended a bylaw, which now requires Canada Post to obtain a $200 permit per site to install the mailboxes on municipal land. City staff would assess each mailbox's location to ensure it meets city standards before granting the permit.

"We are the stewards of those right of ways," said Whitehead, who has written to federal Transport Minister Lisa Raitt asking her to direct Canada Post to obey the rules of local municipalities.

Canada Post, however, ignored the bylaw, saying that under the federal Canada Post Act, it has the exclusive jurisdiction over postal services and the legal authority to install community mailboxes on municipally owned property.

When the city issued an order in late April for the mail service to stop installing the community mailboxes until it complied with the bylaw, Canada Post filed a notice in Ontario Superior Court asking for the bylaw to be declared invalid. The issue will be heard before a court later this month.

In the meantime, however, some Hamilton residents continue to clash with the Crown corporation.

"They have a responsibility to treat people properly and respectfully," said Richard Massie, who is trying to stop Canada Post from installing a mailbox next to where he plans to build a new driveway, blocking a key sightline.

Massie's case is pointed to as a perfect example of how having Canada Post follow the city bylaw would have prevented headaches. Massie already has a permit to build the new driveway – he said his old one isn't in a safe location – but the community mailbox is ruining his plans.

"This is something we had planned long before we knew Canada Post was putting a mailbox there," he said. "They hadn't done any consultation with us."

Canada Post, however, says it spent months consulting with the city over the location of the mailboxes, sent surveys to residents going through the change and has worked with concerned homeowners through the process.

"Our approach is to consult, be respectful, but also understanding that there are laws that govern how postal services are provided in Canada," said spokesman Jon Hamilton. "We understand that this is a difficult change, and that's why we have a long process to gather feedback, to try and find a solution that makes sense."

Canada Post made a number of changes to mailbox locations after talking to residents, he said, and also told the city its bylaw was considered invalid before the matter went to court.

Other municipalities are taking a cue from what is happening in Hamilton.

Tom Mrakas, a councillor in the town of Aurora, Ont., proposed a similar bylaw which would require Canada Post to apply for permits when installing community mailboxes.

"This is not about prohibiting the installation of these mailboxes...it's the fact that we need to be able to regulate where they're installed," he said. "Meaningful consultation has never occurred."

But at least one observer said Canada Post likely didn't have to adhere to such bylaws.

"I completely understand the municipality's view but I just don't think the municipality can come in and ultimately say 'we're better off knowing where the community mailbox should be and so you have to follow what we say,' "said John Mascarin, a partner at the law firm Aird and Berlis who specializes in municipal law. 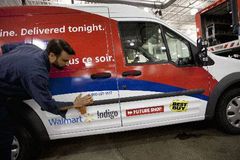 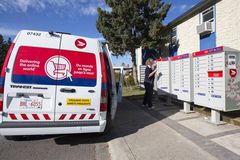 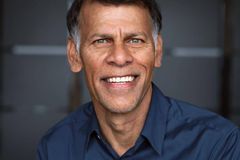