An Ottawa fertility doctor is being sued for allegedly mixing up sperm samples and inseminating the wrong one into two of his patients.

Trudy Moore launched a civil lawsuit against Bernard Norman Barwin last year after she learned that her daughter, Samantha, is not a genetic match to her husband, Matthew Guest, the statement of claim said.

Recently, another woman also came forward and filed a statement of claim against Dr. Barwin. Jacqueline Slinn found out in April that her five-year-old daughter Bridget is not a genetic match to her intended sperm donor, the statement said.

Both women are seeking more than $1-million in damages and an order requiring Dr. Barwin to identify their children's father. No mediation or court dates have been set.

"We are currently investigating how widespread this problem may be," said Pam MacEachern, lawyer for Ms. Moore and Ms. Slinn. "We would be pleased to speak with anyone else who has had a similar experience."

In a statement of defence filed by Dr. Barwin in response to Ms. Moore's lawsuit, he denied any allegations of negligent care or wrongdoing. The claim states that all medical care and treatments provided were carried out in a careful, competent and diligent manner and in accordance with the applicable standard of care.

Dr. Barwin and his lawyer could not be reached for comment.

According to Ms. Slinn's statement of claim, Bridget's father was supposed to be sperm donor number 3168. After Ms. Slinn learned that her daughter did not match him, she tested the vial of sperm that was used to inseminate her from Dr. Barwin's clinic. The results showed that the vial from his clinic was contaminated with unidentified male DNA, the statement said.

In an interview, Ms. Slinn said she had no idea that there was even a risk of that kind of mistake when she went into her procedure nearly six years ago. "I carried on merrily thinking it was 3168," she said.

Ms. Moore's story is more complex. Now two-year-old Samantha was conceived through a surrogate, and the man she calls "daddy" is supposed to be her biological father. But due to the mix-up at Dr. Barwin's clinic, her parents still don't know who Samantha's biological father is, the statement said.

DNA tests have ruled out the surrogate's husband and other potential sperm donors.

Dr. Barwin is a member in good standing with the College of Physicians and Surgeons and is certified to practice as a general physician. He specializes in reproduction and has nearly 30 years of experience. In 1997, he received the Order of Canada for his contributions to women's reproductive health. 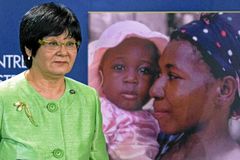 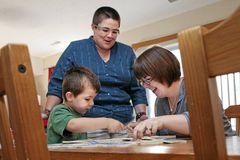 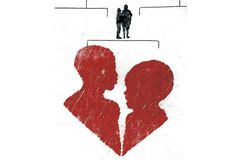