A well-known economist who quit the Parti Quebecois because he felt it wasn't hardline enough on Quebec independence and founded a rival sovereigntist party is back in the PQ fold.

Jean-Martin Aussant told reporters alongside PQ leader Jean-Francois Lisee on Thursday he will run for the party in this fall's provincial election.

The PQ sees Aussant as someone who can lend credibility to its sovereigntist image, which took a hit after Lisee promised to not launch a referendum on independence until at least 2022.

After winning a seat with the PQ in 2008, Aussant quit the party in 2011 and founded Option nationale.

He retired from politics shortly after losing his seat in the 2012 election and moved to England to work with Morgan Stanley Capital International.

Option nationale never elected anyone to the legislature and the party recently merged with the left-leaning Quebec solidaire, which has three seats.

"It strengthens our message that we want to make (Quebec) independence a success and we have a two-mandate strategy," said the PQ leader. "And we want to do this in the second mandate, but we should start now."

Aussant said his decision to rejoin the party makes sense.

"It you look at the political landscape in Quebec, there is only one party founded on the idea of sovereignty and it's the PQ, and it's quite natural to get back to that party," he said. 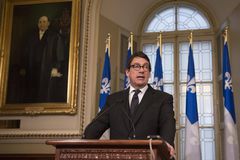 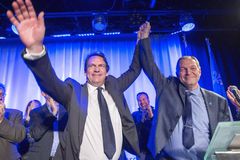 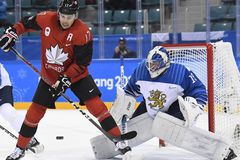