Every year, Ontario universities graduate over 2,000 new PhDs, but generate perhaps half that number of new jobs for professors. Academic reform advocates Ian Clark, David Trick and Richard Van Loon have looked at these numbers, and concluded Ontario has a problem: "the increase in supply of PhDs has vastly outstripped the increase in demand for new full-time professors."

Yet Canadian universities are part of a global academic marketplace, exporting graduates to other countries, and importing freshly minted PhDs from elsewhere. In my own research, I have studied just one segment of that market: the demand and supply for new economics PhDs.

It might appear that economics suffers from a serious over-supply of doctoral students. Ten Ontario universities have PhD programs in economics. While some of these programs are small, the largest, at the University of Toronto, has 71 PhD students in its program.

Most of these programs' graduates do not get academic jobs in Ontario. But they're not driving taxis either. Online listings, such as these ones from University of Toronto, McMaster, and Waterloo, describe recent graduates' employment outcomes. Other universities will provide the information when asked. [Pro tip: before starting a PhD program, ask for information on the number of students who start, the number who finish, and where recent graduates are currently employed. Think long and hard before enrolling in any program that will not provide that information.]

Graduates of Ontario's economics PhD programs can be found working in Asia, Europe, Australia, in government, or the financial sector. Recently, more have ended up working in the U.S. As Western University professor Igor Livshits puts it, "It is as if some barrier came down – U.S. employers seem much more willing to interview and hire Canadian, or at least Western, graduates."

There are many reasons why a new PhD might accept an offer from an Australian or Asian university – the weather, for example, or proximity to family. But some graduates have no choice but to leave the country. One of the paradoxes of the Canadian university system is that, despite an ample supply of Canadian-trained PhDs, universities are choosing to fill some academic positions with foreign workers. Using data collected together with Anindya Sen at University of Waterloo, I found that half of new assistant professor positions in Ontario economics departments were filled by graduates of U.S. PhD programs. Some of those are Canadian citizens or permanent residents; the majority has no discernible connection to Canada before arriving.

Canadian universities aspire to be globally competitive, so hire the best new PhD graduates, without regard to citizenship or country of origin. A cynic might suggest that a Canadian university would hire a John Hopkins graduate over a McMaster graduate because having professors with American PhDs impresses students, and raises the university's score on the Times Higher Education world university rankings. The reality, however, is that universities have very specialized teaching needs. In any given year, there may simply be no suitable Canadian job market candidates who are able to teach, say, a graduate course in behavioural economics.

Yet while universities' international hiring practices are understandable, they raise the question: If Canadian universities are recruiting professors from the United States and elsewhere, why do we need to have PhD programs in Canada?

One answer is that Canadian PhD programs may generate graduates who know something about Canadian policy issues, and who are more likely to carry out research using Canadian data.

Another answer is that doctoral candidates play a vital role in the university system. They assist professors with their research, working as teaching assistants and delivering courses. Having a doctoral program signals a university's quality, and makes it easier for the university to attract faculty members. Doctoral programs also represent a potential revenue stream for universities.

The Internet abounds with warnings such as more lives ruined by physics PhD than by heroin. Yet the market for every PhD is unique. Even in this economy, it is still possible for a PhD graduate to find herself in a seller's market.

Frances Woolley is a professor of economics at Carleton University. You can follow her on Twitter @franceswoolley. 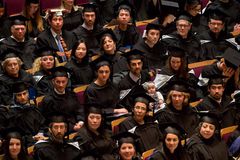 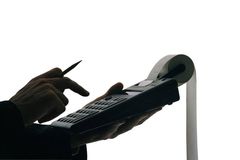 Today’s graduate students are not the elites of yesterday
January 2, 2013 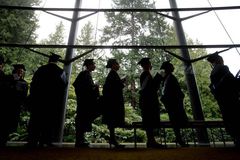