BRANDON BAILEY and SEMRA SEVI
Contributed to The Globe and Mail
Published November 1, 2013 Updated May 11, 2018

Throughout our years at the University of Toronto we've repeatedly been told that we are receiving a world-class education like at Harvard.

While falling well short of Harvard in terms of "lay prestige," U of T does carry with it a name that's well-regarded beyond Canada's borders. But surely that people feel the need to draw the explicit comparison is indicative on some level of how the U of T has come to view itself. We doubt, for example, that Harvard College (the institution's undergraduate school) feels the need to assure its students that its education is on par with Oxford.

Is U of T struggling under the weight of its own inferiority complex as it attempts to define itself as a top-tier graduate research university while simultaneously attempting to compete with America's top undergraduate colleges? The Simpsons, poking fun at McGill University's self-proclaimed status as the "Harvard of Canada," might as well have been speaking of U of T when Lisa remarked that "anything that's the something of the something isn't really the anything of anything."

The penchant for U of T students to compare their school to Harvard was once again made evident this Tuesday when a decade-old Letter to the Editor in The Globe and Mail surfaced and went viral among current and recent U of T students.

Without evidence, the letter claimed 20 per cent of U of T's class was fated to fail courtesy of a harsh grading curve. It claimed Harvard's classes were objectively easier, stuffed with "legacy" admissions, and reminiscent of a "country clubish" atmosphere compared to U of T's "downright pressure-cooker." We can believe the last point, but the first two are simply misleading or entirely wrong.

The letter was received with a surprising degree of self-satisfaction among many U of T students. The letter's claim that most "A" students at Harvard would be "C" students at U of T was especially trumpeted. Many were proud to assert the average Harvard student would have trouble succeeding at U of T. They were mute, meanwhile, on the fact that the average U of T student has trouble succeeding at U of T.

We asked Michael Ignatieff, who holds a joint professional appointment at the Munk School of Global Affairs at U of T and the Kennedy School of Government at Harvard, if he felt different grading pressures at the respective universities. "Both the U of T and Harvard are excellent institutions. I've graded in both institutions and grade the same way in both. I work on a grading curve at the U of T and I work on a more or less identical grading curve at the Kennedy School," he said. "I admit Harvard undergraduates to my graduate classes and I grade them the same as I grade everybody else, i.e. on a curve," Ignatieff added. Regardless, it is widely perceived that the College engages in grade inflation.

Conversations over grades tend to descend into arguments over which school has the better students. We doubt one could credibly claim that the average U of T student couldn't "cut it" academically at Harvard. But before they were admitted, they'd also need to have a 99th percentile SAT in high school, finish near class valedictorian, have founded some NGO, and generally played Varsity sports.

The reason Harvard has garnered its reputation is more than a matter of academics. People figure if someone has an Artium Baccalaureus from Harvard (the school uses the Latin abbreviation) that they're impressively well-rounded. The admission factors are, in that sense, rightfully significant in assessing the student body at Harvard.

We're sure the median student at Harvard College almost certainly is more impressively well-rounded than at U of T. Part of that is just size (over 50,000 compared to less than 7,000), part of it is self-selection given their respective reputations, part of it is institutional barriers.

This isn't necessarily a failing on U of T's part, though many students may feel inclined to argue that it is. But if students at U of T feel like they're victims of a pressure cooker environment then they shouldn't misdirect their frustrations toward Harvard. They should ask what U of T can do better. The first step is a realistic self-assessment of its role in education, and nominally masquerading as Canada's answer to Harvard, Yale, and Princeton is not the answer. 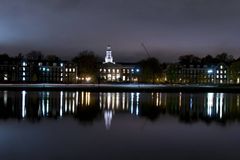 The university debate: specialize or be a generalist?
May 11, 2018

Choosing a university? It's not all academic reputation
June 20, 2018 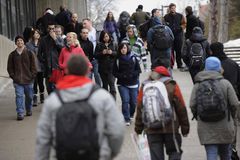