Toronto educators call it the "gifted blitz." Every year at this time, about 1,500 Grade 3 public-school students in the city are invited to sit down for a battery of tests to determine their eligibility for various Grade 4 gifted programs next year.

Blitz is an apt term in more ways than one.

"It's like it's hurting them," jokes Toronto mother Jennifer, whose daughter was assessed this week and has had stomachaches over it (she did not want her last name used).

It's also an event that can explode a child's current reality and change the course not only of their education, but their life. That blitz, and its counterparts across the country, will affect about 2 per cent of the student population. In Toronto, all children who meet the cutoff are accepted, then teachers are assigned accordingly.

And enrolment appears to be inching up. In Toronto, for instance, there are currently 3,822 kids in public-school gifted programs, up from 3,252 in 2007. Forty-one schools in the city offer them.

Gifted is a loaded term, something a parent is usually very proud of since it's mostly about superior brain power. Many parents are driven to get their kids assessed. For some, the process is all about getting an edge for their bright child. But others worry that their kids will, paradoxically, fall behind as a result of being bored in the mainstream. There's also the quest for like-minded peers and a setting that will give gifted kids an outlet for some of the quirky traits many exhibit, including severe perfectionism, a fear of failure or physical issues such as fidgeting.

It's generally accepted that the earliest you can test for gifted is about age 8, but it varies cross-country. In some boards, such as the Calgary Board of Education, a child can be assessed at any time (although most formal gifted and talented programming starts in Grade 4). Vancouver kids will be assessed from January to March. Assessments generally include an intelligence test such as the Canadian Cognitive Abilities Test or the Wechsler Intelligence Scale for Children. There are also one-on-one psychological assessments, as well as parent and teacher input.

It's all aimed at de-emphasizing the role of the IQ test, which has been maligned in recent decades. The notion of educating gifted children differently emerged alongside the budding field of intelligence testing in the early 20th century.

In the ensuing years, the definition has broadened from just cognitive ability to include a different learning style, emotional needs and thus a need for special accommodation. Hence (to complicate matters), gifted education is categorized in most regions as "special education" - along with various programs for children with disabilities such as deafness, language delays and learning challenges.

The gifted programs are so coveted by parents that there's a thriving business administering private psychological assessments of children who either aren't assessed at school or who just miss the cutoff. In most cases, parents have noticed early verbal, reading or math skills.

Private testing can cost more than $1,000 a pop. And the results are accepted as valid.

"Parents have had lots of signs and in most cases their intuition is good," says Joy Reiter, a supervising principal of special education for the Toronto District School Board.

Eager moms and dads then grab the wheel and start driving. "Parents call us, desperate to sort something out," says Martha Faulkner, the principal of Calgary's Westmount Charter School for gifted children, which offers assessments in the spring. "We have more applications than we can accommodate."

Calgary parent Ralamy Kneeshaw didn't want to wait until Grade 4, so she worked to get her son enrolled at Westmount in Grade 3. "They don't become gifted at Grade 4," she says. Her son was enjoying some extra attention at his old school in a "pull-out" program once a week, but it wasn't enough. "He was only gifted for an hour a week. He loved that. But then he had to go back to regular everyday life."

Vigilant parents hunt for even enriched preschool experience. Thornhill, Ont., mother Georgia Cacoutis pulled her four-year-old out of a public junior kindergarten class because he wasn't flourishing in the large classroom. She enrolled him in a new outpost of the international education chain Fastrackids, started in five countries in 1998, promoting intense school preparation with a focus on social and emotional skills.

Here, he spends five mornings a week in a more formal program, working with a giant digital interactive learning board and making class presentations.

"I was looking for something that would challenge his intellect," she says, sitting outside the preschool classroom.

When the stakes are this high, parents who find out their children don't make the cut can be devastated.

"It's anxiety-provoking feedback for me to give," says Revital Ben Knaz, a clinical psychologist who assesses children at Blue Balloon Health Services in Toronto. "Parents have all kinds of expectations and fantasies around the notion that their child is gifted."

Tuesday night after her TDSB testing, Jennifer's daughter ran to her and excitedly regaled her with the details.

"She said that her hands were clammy for about 30 minutes and the test was an hour. She seemed to be chatty with the psychologist," she says. "She was really excited and kept saying that she really hopes that she can go into the gifted program. She was relieved because she was really nervous before.

"For her sake, I hope she gets into the program." 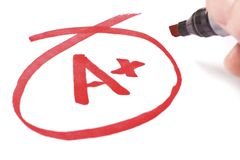 earlier
What's the secret to parenting a gifted child?
November 16, 2010 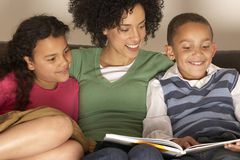 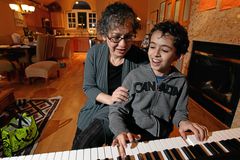