Like a pasta maker cranking out a flat sheet of dough, Innovequity Inc.'s geometric construction system spits out fully formed floors, walls and roof panels in a matter of minutes. The same contraption is also capable of building near-complete architectural structures – such as a lowrise office complex or a modern home – with very little human intervention.

"With the geometric construction system, you could build high-quality structures using significantly less manual labour and in less time," said Mark Holtom, chief operating officer of Edmonton-based Innovequity. "So there's real opportunities to cut down on construction costs and to prevent the delays that you commonly see in construction projects."

The geometric construction system is concrete evidence of the innovative research taking place in Canadian colleges and polytechnic schools, which have campuses in more than 1,000 communities across the country. Unlike university-based projects, research in colleges is largely practical in nature, with results that can be immediately applied in real-world settings or commercialized.

That was certainly the case with the geometric construction system. Five years ago, it was a mere concept in the mind of Ben Bertrand, Innovequity's chief technology officer. Mr. Bertrand, a high-school dropout who became a building developer at the age of 18, saw the need for such a machine, but didn't have the technical knowledge or resources to develop it.

He and Mr. Holtom approached the Northern Alberta Institute of Technology in Edmonton. The institute accepted Innovequity into the business incubation program run by its Duncan McNeill Centre for Innovation. A team of about a dozen professors and students from the school's building sciences and engineering programs took Mr. Bertrand's idea and figured out how to make it work.

Mr. Holtom says finding the expertise they needed at NAIT was as easy as looking through the school's program catalogue.

"Literally, they had everything we needed – from building construction and mechanical design to engineering and architectural technology," he said. "They developed mechanical drawings for our alpha system and basically transformed our idea into something concrete.

"They also helped us figure out building cost estimates, which was important because we needed to be able to quantify the financial benefits of this system."

Mr. Holtom said having NAIT as a research and development partner also helped Innovequity land a $600,000 grant from Precarn Incorporated, a non-profit organization in Ottawa that supports the intelligent systems industry in Canada.

"We definitely had more credibility because of our partnership with NAIT," he said.

Mechanical engineering technology students helped to develop an infant incubator compatible with magnetic resonance imaging (MRI) scanning technology. Taking premature babies out of their incubator for an MRI scan puts them at risk of hypothermia; the college's incubator allows babies to stay inside it during the MRI.

While similar machines exist, the NSCC model is designed to be cost-effective and is particularly suitable for hospitals that don't do a lot of MRI scans on infants.

College of the North Atlantic, Nfld.

Researchers are analyzing the chemical composition of the "fly ash" from the hog fuel burned to produce electricity at Corner Brook Pulp and Paper Ltd., a paper mill in Corner Brook, Nfld. The ash has high pH levels, which could make it a cost-effective fertilizer alternative for dairy farmers, who currently use agricultural lime to condition the area's acidic soil.

There's another potential benefit from the project; If the fly ash is deemed safe to be applied to the land, thousands of tonnes of the waste material could be diverted from landfill.

Working with engineers at MDS – an Ottawa-based maker of test facilities and test systems for aviation, industrial and marine gas turbine engines – mechanical engineering technology students are building a testing rig that will help them study the formation of ice crystals in jet fuel. Moisture and humidity can cause ice crystals to form in jet fuel, which could cause the plane's engine to stall. Results of this research project, which will be shared with jet engine manufactures, could lead to improvements in fuel line design.

Clean swimming pools could soon be easier to maintain, thanks to a pool debris skimmer and extraction device created by faculty and students at Durham College. Pool pumps often get stressed when debris builds up and clogs the skimmer basket typically located on the deck beside an above-ground swimming pool. The Durham College device, which is partially submerged in the water, features a perforated conveyor belt that skims and lifts debris from the water. A solar panel and backup battery allow the device to operate round the clock.

A smoother transition to university
November 17, 2011 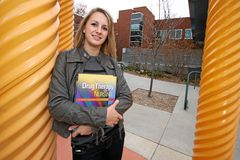 For Conestoga, Lockheed Martin's donation is just the beginning
November 17, 2011 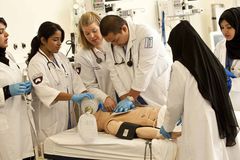 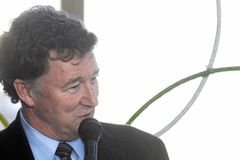 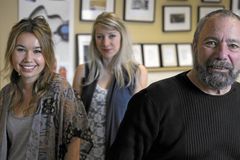 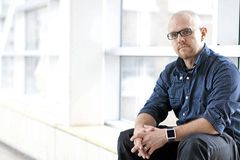